BRUNCH is a massive load of wank, it has emerged.

Researchers at the Institute for Studies found the so-called meal to be problematic on all levels.

Professor Henry Brubaker said: “There’s a lot that is wrong with the modern world and it can all be summed up in ‘brunch’.

“It’s for people who so desperately want to live in New York that they will eat a mulched avocado in the middle of the morning just to get that ‘Brooklyn vibe’.

“Avocados have their green putty-like taint all over this thing. They even bake eggs in them so it looks like a dinosaur’s eye gazing up at you and judging you as a lazy sod who should just get up earlier and have actual breakfast.”

Professor Brubaker added that Britain has had fry-ups for several hundred years, which can be eaten at any time of day while still called ‘breakfast’ and shit all over anything with herbs sprinkled on it.

Brunch fan Emma Bradford said: “I love to grab brunch with my ‘squad’ before we ‘hit up’ some shops. I have the ‘Manhattan Waffle Stack’ and I take pictures of it.”

Builder to leave van in pub car park for next decade 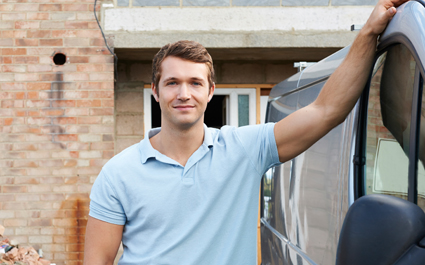 A BUILDER has confirmed plans to abandon his van in a pub car park for the foreseeable future.

Tom Booker has just purchased a new Transit for his building work, which he will drive to the pub later and then leave there until it has moss growing on it.

Booker said: “I’ve had ‘TB Building and Plastering Services’ stencilled on the side and put a nice new ladder on the roof rack, now I can’t wait to drive it to the pub and leave it there forever.”

Booker’s van will join four other builders’ vans that are permanently parked outside the Rose & Crown pub for no apparent reason.

He added: “People will look at it and wonder if I got pissed and lost the keys. But it’s more complicated than that.

“The ways of the builder are strange to normal people, like how we do a job for half a day and then ditch it, leaving all our stuff behind and not answering our mobiles.

“But we are a deeply spiritual trade with our own customs that seem obscure to the outsider, like a Native American tribe that drinks a shitload of tea.”