Buddhist has no idea what it is

A MAN who is into Buddhism has incredible difficulty explaining what it is, people have noticed.

Friends of graphic designer Julian Cook feel that if Buddhism is so brilliant and life-changing he should be able to give a rough idea of why it is good.

Carolyn Ryan said: “He just comes out with vague ideas like people being unhappy because they ‘attach’ to things that don’t last. I asked him to be more specific but he just smiled in a quite annoying way.

“The only tangible benefit I’ve pinned him down to is feeling amazingly relaxed after meditating, but I can do that by getting pissed and watching The Big Bang Theory.”

Cook said: “Buddhism is about using the metaphorical tree of awakening to accept the karmic cycle of existence and end the pain of suffering and rebirth. It’s all pretty straightforward really.

“It’s best not to get bogged down in the philosophy and just enjoy the meditation, at least until sitting on the floor for ages starts to make your arse hurt.”

Trees ordered to pick all that shit up 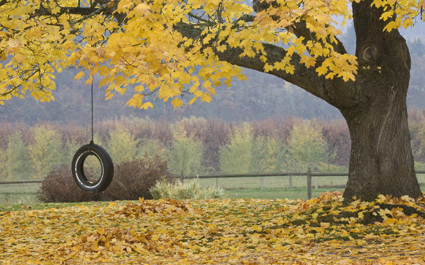 TREES have been told to immediately pick up all the leaves they have dumped everywhere or face the consequences.

Following a wild night during which they waved their branches in the air as if they just did not care, the trees have left the country covered in debris which they expect others to clear up.

Forest ranger Bill McKay said: “There’s leaves at the side of every street, and when you ask trees what they’re going to do about it they just shrug their branches as if to say ‘Autumn innit.’

“I know they can move, I’ve seen Lord of the Rings, and if they don’t start clearing up this mess sharpish we’re getting the chainsaws out.”

Ash tree Roy Hobbs said: “Don’t threaten me unless you want me tapping on your window at 4am.”