'Buy everything': What shoppers hear when they're told not to panic buy

WONDERING why you’re seeing shoppers clear supermarket shelves despite explicitly being told they don’t have to? That’s because their panicked brains heard these thoughts instead.

This is the opposite of the advice they were given, but shoppers reckon this is the subtext that supermarket bosses were hinting at. If you want to be a panic buyer, it’s easy – misinterpret everything anyone tells you and only listen to the primal fear of starvation in your head.

A family pack of toilet roll only lasts a day

Despite only going through a few sheets of double quilted toilet paper in the space of 24 hours, a shopper told not to panic buy will instantly start miscalculating under pressure. Even if they live alone and have a low fibre diet, they’ll decide that 16 rolls will barely see them through to the evening.

Calmly pushing your trolley round like normal is the way to go. But shoppers will disregard this the second they’re told not to worry. Now they’re fully prepared to punch a granny in the face so they can steal the last packet of chocolate digestives. It’s survival of the fittest, and they’re the apex predator.

My cupboard’s definitely big enough for all this

This deluded thought usually kicks in when shoppers catch themselves wheeling around three large trolleys filled to the brim. So what if they only did a big shop yesterday? With a bit of careful planning all this excess food is bound to fit in somehow. Maybe leave that slim pack of finely sliced ham on the shelf, just to be sure.

Society is on the brink of collapse

An empty fresh produce section is a sure sign that we’re heading towards a Mad Max-style dystopia as far as panic buyers are concerned. And once the abundant supplies of spaghetti hoops are reduced to half capacity, it’s only a matter of hours until grizzled marauders will be cruising down the streets in giant nitro-powered trucks. So stock up while you can. 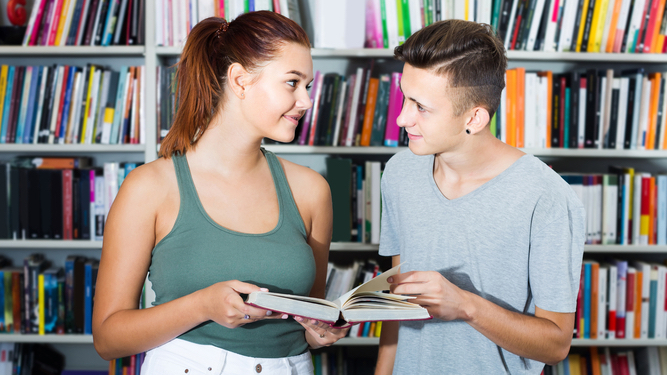 DO you look back on your youth and feel gruesome embarrassment about your pathetic attempts to have sex? Take this toe-curling trip down memory lane.

Trying to be fashionable

And failing. In your earlier teenage years you were convinced that the right trousers, skirt, tracksuit, etc. were the key to popularity – and sex. Life isn’t that simple, and all you did was drag your parents round shops to become a dork with incongruously cool trainers.

Jesus, how much time did you spend worrying about your hair? The fact is, you probably looked fine, unless you were an unfortunate youngster whose mum cut their hair, resulting in the classic ‘pudding basin’ look.

What a coincidence – whatever terrible music the person you fancied liked, you liked too. However your fake interest could also include things like animals, books and vegetarianism. Common for teenagers, but can last much longer. Sadly it never works out as a strategy, which will teach you not to be such a creep.

Loitering in the ‘friend zone’

The more you become friends, the more likely romance is to blossom, right? No. You’ll have an awkward friendship then they’ll suddenly have a proper romance, leaving you shagless and bereft. Should really be called The Dead Zone.

Making someone laugh gave the youthful you the wrong impression they were really into you. However it’s extremely tiring and no guarantee of sexual success. Older and wiser, you now realise that relationships are better if you can have a laugh together, but you don’t need to be a cross between Bob Monkhouse and a court jester.