A CAB driver knows full well you will be tweeting his bizarre opinion on Brexit within minutes of getting out of his cab.

Norman Steele told fellow cab drivers that ‘student-looking type’ Mary Fisher would tweet his mad thoughts as he was full aware that what he had said was ‘strange at best.’

Steele said, “I said to her that I think it’s wrong that the Malaysians have so much of a say over our fishing laws. What with Brexit and all.

“Then she stared at me blankly before muttering something about not being sure that that was how it worked.

“She then shook her head and smiled to herself.”

Steele added: “I didn’t say ‘bloody’ but I get what she means.” 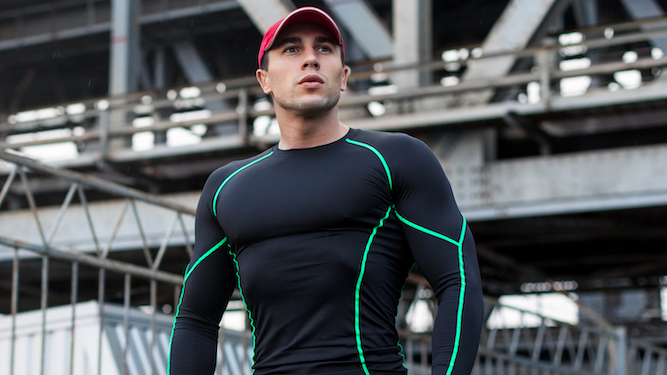 A MAN is heading off on lunchtime runs as if he is training to join the Royal Marine Commandos even though he works in an office.

Steve Malley, aged 27, is neither a member of an elite fighting force nor a professional endurance sportsman but still sets off grim-faced for a run at 12pm like he is proving something.

He said: “Yeah sure, I could sit around at lunchtime stuffing my face with crisps and gossiping like the rest of these schlubs.

“But what can I say? I love to feel the burn. And my body thanks me for it.

“If one day, shortly before lunch, I receive a call telling me my family are being held hostage in a farmhouse 30 minutes away, the roads are being watched and I need to get there and save them, I could make it. Can anyone else here say that?”

Colleague Helen Archer said: “What’s he going to do next, put a rucksack full of bricks on first? Smear his face in animal droppings and hide in a hedge?

“Maybe he could use some of his gritty determination to have a shower after the run. It would make our afternoon meetings far less pungent.”