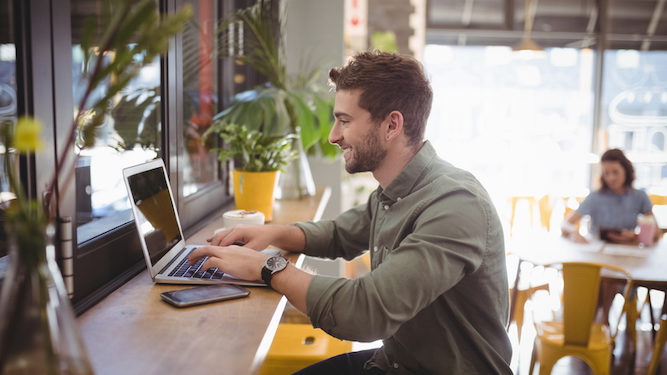 A COFFEE shop owner is about to murder the Mac user who has bought one cup of tea in three hours, it has emerged.

Laptop user Stephen Malley, who looks like a prick in his corduroy jacket and Converse high-tops, entered the Coffee Spot in Bristol at 8.33am, nonchalantly flipped open his shiny silver computer and ordered a small pot of English Breakfast Tea like he had not a care in the world.

That was three hours ago, and he has used the toilet three times since then.

Watching Malley from the kitchen, owner Logan said: “There’s a fine line between ‘customer’ and ‘parasite’. That piece of shit crossed it two hours ago.

“He could at least have bought a fucking cake. Didn’t even have to be a proper cake. Maybe just a bit of shortbread. But nooooooo….

“Look at him, sitting there probably designing a spanking new logo for some coffee corporation that’s going to open up next door and put me on the fucking street.

“I could creep up behind him with this meat cleaver, he wouldn’t even notice because he’s got Bon Iver or some shit blasting on his stupid little earphones.

Moments before his skull was cleft in twain, Stephen Malley said: “I’m actually just uploading a dubstep DJ mix I did and checking out some cool Japanese graffiti blogs.”

Dog on high alert after waking itself up with own fart 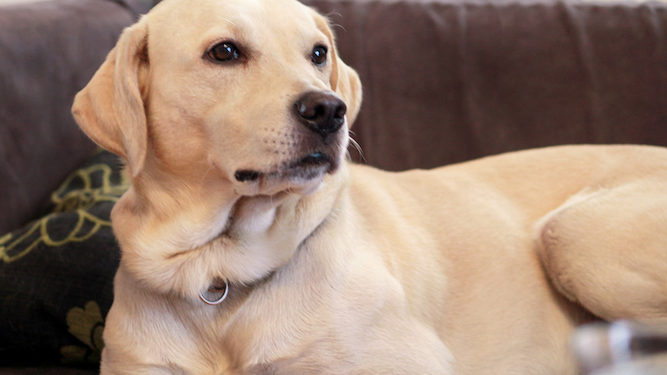 A DOG has baffled itself after waking up as a result of its own fart.

Alex Bishop, an eight year-old Labrador, had been sleeping contently in his basket in his owners’ living room when his own fart lead him to believe the house might be under attack in some way.

Bishop said: “What the hell was that? Are the Russians invading?

Bishop then proceeded to walk around the house looking for unseen enemies before eventually going back to his basket and going back to sleep, none the wiser.

Bishop’s owner, Martin, said: “It was a very loud fart. To be fair, if I’d have been asleep it would probably have woken me up too.”