A WOMAN from Cheltenham has been condemned for her ongoing silence about Boko Haram on social media.

Architect Eleanor Shaw was described as a ‘vile apologist for terrorism’ after making no mention of the Islamist militant group on the internet.

Web user Stephen Malley said: Ms Shaw could have heroically raised awareness of the situation in Nigeria among her 236 Facebook friends by posting a link to a Huffington Post story with some sad emojis.

But her only recent activity has been to change her profile picture to a lemon wearing sunglasses, and tweet complaints about engineering works to First Great Western.

Joseph Turner, a former friend of Ms Shaw, said: How can we ever hope to defeat extremism if Boko Haram isnt a trending topic?

Expert analysis of Shaws social media platforms has revealed a shocking indifference to the suffering of others.

The coldhearted 32-year old posted nothing about Malaysia Airlines Flight 370, thus hampering the search for the missing plane, and has refused to express an opinion about Ukraine even after George Clooney got involved.

She should reflect that for evil to triumph, all that needs to happen is for good people to not use hashtags.

Every team that sacked its manager wins the league 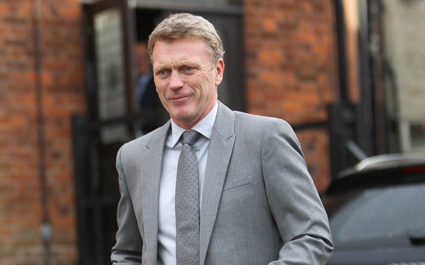 THE Premier League title has been jointly won by every club that had the courage to sack its manager mid-season.

Fulham has been named Champion of Champions on dismissal difference for sacking two managers, while Manchester United sneaked in after sacking their manager with only four games to go.

A spokesman for the League Managers’ Association said: “Clubs like Liverpool and Southampton are once again, because of their discredited philosophy of managerial stability, propping up the bottom of the table.

“Chelsea and Manchester City have done slightly better but made the classic mistake of appointing new managers in the summer, rather than maximising disruption by doing it during the season.

“Forward-thinking modern clubs like West Brom, Norwich, Fulham, and Cardiff have all prospered and will be sacking their managers in Europe next year.”

Tottenham have been particularly praised for firing an experienced manager and giving the job to a player who fancied a go, with predictably amazing results.