Cameron acting like the dictator of Gaydonia, says Archbishop

DAVID Cameron is acting as if he is the dictator of the People’s Republic of Gaydonia, the Archbishop of York has claimed.

John Sentamu said the prime minister’s insistence on legalising gay marriage reminded him of Johann Spritzer, the notorious despot who created Gaydonia in 1912.

Sentamu said: “Spritzer staged a coup, threw out the democratically elected government, changed the name of the country from British Honduras and forced everyone to be gay.

“Vicars were forced to marry two men who were being forced to marry each other. Luckily there was plenty of food otherwise the entire country would have died of starvation.”

He added: “Mr Cameron wants to turn Britain into ‘New Gaydonia’ despite there being absolutely no mention of it in the Bible.

Archbishop Sentamu is also calling for primary schools to teach the ‘tragic history’ of Gaydonia so that children can learn about the dangers of a state founded on the principles of non-traditional intercourse.

After a surge in economic growth Gaydonia suffered a prolonged slump as most of the population were highly-skilled white collar professionals but no-one knew how to fix a toilet.

Following Spritzer’s death in 1955 the country reverted to a multi-sexual democracy and changed its name to Belize. 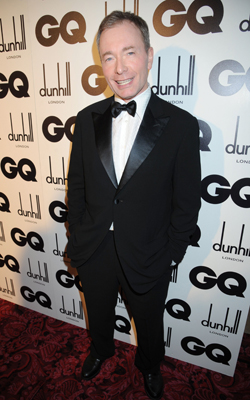 A SECRET government list of those not quite important enough to be offered an honour they would then not accept has been published.

It includes the names of such insufficiently seminal figures as Tony Parsons, the artists Gilbert and George, and Janet Street Porter.

Parsons said: “I would have handed the award straight back because I am ideologically opposed to that sort of thing.

“Especially a paltry CBE. However I might, just might, have hypothetically considered the far superior Companionship of Honour.

“Probably not though. I am a lefty.”

Janette Krankie, who was almost sufficiently high-profile to knock back an honour said: “I reject the meaningless bauble and the values it enshrines, regardless of how it would make Americans want to buy me expensive dinners.

“Or rather I will reject it, in the unlikely event I’m ever offered it. Which I never will be.”

She added: “Although if I turned it down, that may be construed as pride masked by humility.

“So I would maybe accept it and them send it back, giving the less cliched impression of ‘pride redeemed by guilt’.

“Gosh, this is such a challenging hypothetical decision.”