Cameron asked to describe back pain in minute detail

DAVID Cameron has been asked to intricately describe the agony his bad back is causing him.

After the prime minister’s painful back forced the cancellation of a hunting trip, the country leaned forward in its seat and asked him just how much it hurts.

Bus driver Wayne Hayes said: Can the PM say, for instance, whether it feels likes a hot, jagged piece of glass is being twisted between his vertebrae? Because Id really, really like to know if it does.”

Cameron’s injury has prompted the launch of a nationwide childrens painting competition, with a £10 book token for the best picture of his face contorted in blinding agony.

One Direction now a proper band because of money 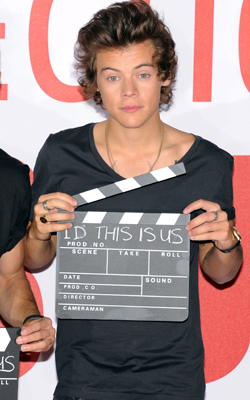 ONE Direction should be taken seriously because they are very rich, it has been claimed.

It has been decided that the manufactured boy band are culturally important artists because female children have bought all their products.

A new documentary film, made by adults who have made other proper films, will explain how they came from modest roots to have a lot of money.

It will be accompanied by magazine covers featuring the various members of One Direction looking shadowy and determined.

In the magazine articles the amount of money they are making will be mentioned repeatedly, because that is important to you.

Tom Booker, success analyst at Donnelly-McPartlin, said: “When you look at all the money they’ve made, you have to admit they’re a phenomenon.

“You can’t think that a group of young men who are that rich are simply  randy little sods who jump about a bit, that’s not permissible.

“One Direction are selling more music than anyone else, therefore their music is the best music.”