Cameron to tackle homelessness with hyenas

BRITAIN’S homeless people are to be eaten by imported carnivores, it has emerged.

Inspired by Ethiopia’s urban hyena problem, David Cameron plans to introduce 150 of the animals to consume those of no fixed abode.

Hyenas’ ability to eat their prey in its entirety, including bones and clothing, makes them ideally suited for urban cleansing.

The prime minister said: “We all know the best way to tackle homelessness is state sanctioned murder.

“I originally favoured the idea of turning tramps into a foodstuff called Soylent Green, but that was from a film so straight away you’ve got copyright issues.”

Tom Booker is a homeless person in Swindon, where six trial hyenas have been introduced: “Hyenas tend to use their energy in quite a linear way, so it should be possible to outwit them by running in a zig zag pattern.

Harman and Mail are two sides of the same screeching moron, say experts 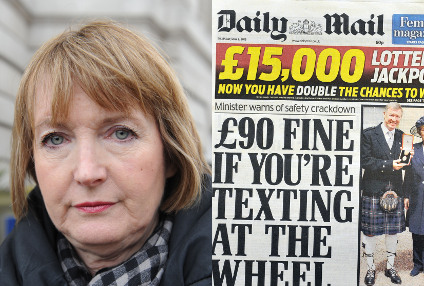 HARRIET Harman and the Daily Mail are two sides of the same unbearable coin, experts have confirmed.

Labour’s awful deputy leader is locked in a vicious paedo-smear battle with the insane newspaper which, according to millions of dreams, could destroy both of them utterly.

But experts described the conflict as ‘fascinating’ because both organisms share the same brain.

Professor Henry Brubaker, of the Institute for Studies, said: “They have separate corners of the brain where they ferment their stupid opinions but, like a bunch of bastard Shoreditch hipsters, they share a ‘hot desk’ and use the same hectoring photocopier.

“In terms of who’s right or wrong, at this stage it’s best to assume they’re both wrong. But be in no doubt, this is a battle for the soul of idiot Britain.”

Professor Brubaker stressed that people should feel no obligation to choose between the two as that could ‘drag this shit out for another couple of days’.