Can we do hanging next? asks Britain

BRITONS have demanded another important issue to vote on without much thought for the consequences.

Slightly over half the nation wants to relive the excitement of forcing Britain out of the EU by having another referendum, ideally about bringing back hanging.

Sales manager Roy Hobbs said: “We should have a vote on the death penalty because ordinary people, especially angry ordinary people with a healthy disrespect for snooty politicans and books, deserve to have a voice.

“Hanging’s the obvious choice because lots of people like it. Also it’s easy to research because basically it boils down to, ‘Are you in favour of murderers and paedos or not?’

“It’ll be great for debates in the pub and when we win crime will plummet because it’s a proven fact that murderers imagine being hanged then decide it’s not worth it.”

Accountant Emma Bradford said: “I want to bring back hanging because killers are always getting off on legal technicalities, as shown on the recent BBC documentary series Luther.

“After we’ve done hanging we should have a referendum every week on ideas sent in by the public. I’d bring back national service, but only for the Welsh.” 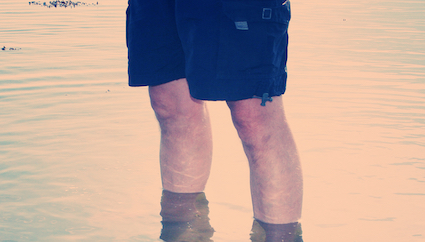 LOCALS are coming to terms with having seen their neighbour’s weird knees over the weekend.

Wayne Hayes, from Stevenage, went to the shops and later cleaned his car, during which time he subjected his neighbourhood to his oddly-angular and pearl-white limbs and joints, without any advanced warning.

Neighbour Nikki Hollis said: “One minute I was clipping the hedge in my front garden, the next minute the world seemed full of pale, knobbly flesh and I fainted.

“If you imagine stretching a thin slice of turkey across a misshapen potato, then it rolling around a barbershop floor, you’re not even vaguely close to the full horror.”

Hayes has now been forced to stand in the middle of the pond at his local park, at a safe distance from decent people, until summer ends on Wednesday.