A CANADIAN co-worker has been sharing annoying stories about how much colder it is in his home country.

Large, upbeat colleague Wayne Hayes, who is from somewhere vaguely near Toronto, has been telling everyone how the temperature ‘back home’ often drops to -9000c.

Hayes said: “You Brits are such a bunch of pussies. Back home, the snow gets so deep that entire towns disappear beneath it and have to survive for months by drinking their own urine mixed with honey.

“Even so, people just go to work as normal, taking shovels to dig their way in and out.

“In winter, Canada is so cold that if you go outside too quickly your body will just explode from the sudden change in temperature. And there’s bears, big bastard bears.”

Office manager Mary Fisher said: “Wayne thinks the British winter is ‘for pussies’ so I offered to move his desk outside into the freezing fucking cold. He declined.

“The outline of a vest is clearly visible under his shirt.” 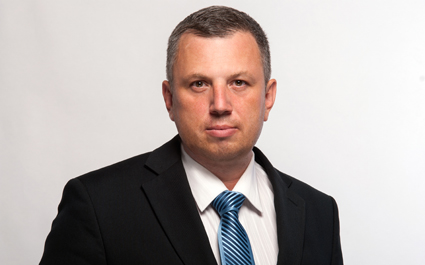 A COMPANY is starting to regret employing a former minister with no useful skills, it has admitted.

Ex-minister Tom Logan was recruited by multinational energy company GlobalGen several months ago, is paid a huge salary but has so far contributed nothing of value to the business.

Managing director Donna Sheridan said: “We thought an Oxbridge-educated high-flier like Tom would be a real asset, but mostly he just drinks coffee and says ‘Mmm’ a lot in meetings.

“I’d assumed he’d be really knowledgeable about global energy issues. However it turns out he spent all his time as a minister attending childish debates in the Commons and trying to shag young female press officers.

“We can’t even get him to do something useful like running our HR department, because his only job outside politics was a brief stint selling tie-dye t-shirts in Australia during his gap year.

“He’s not even any good at impressing clients over dinner, because his only anecdote is about meeting Jeremy Clarkson on Question Time and getting him to send him a free Top Gear baseball cap.”

However Logan remained convinced of his value to GlobalGen, citing a recent board meeting where he explained that the Middle East situation was highly volatile “because they’re all mental”.