Carrying on shopping while in the checkout queue, and other acts of supermarket arseholery

ARE you frequently in state of silent rage about the twats in your local Asda? Here are some of the worst offenders.

Person still shopping while at checkout

The person ahead of you is just doing a light shop, you think. Until you realise that’s only a third of what they intend to buy. Only when in the queue do they remember the other two thirds of things they forgot to get, the vacuous, flakey scum.

He stalks the aisles defiantly, hoping some Guardian-reading weed will confront him. He’s not actually there to buy anything; he’s doing his rounds of retail outlets to prove how muscular and hard he is. Next stop after this – Carphone Warehouse.

They’re in front of you. But then they see another till processing faster so hop over there. Only that queue slows up – so they return to your queue, resuming their place in front of you. These people exist and lengthy penal servitude is the only appropriate option for them.

Two trolleys create a blockade as their users chatter away like they’re in the park. You’re trying to reach over for some Ben & Jerry’s but you’re made to feel like you’re invading their conversational space. Only by summoning your deepest reserves of passive aggression can you get them to sigh and move on.

Old man complaining about prices at till

And so on, for several minutes. A man with a generous pension is angry that prices haven’t stayed frozen since 1972.

The five back-to-school purchases that will absolutely bankrupt you 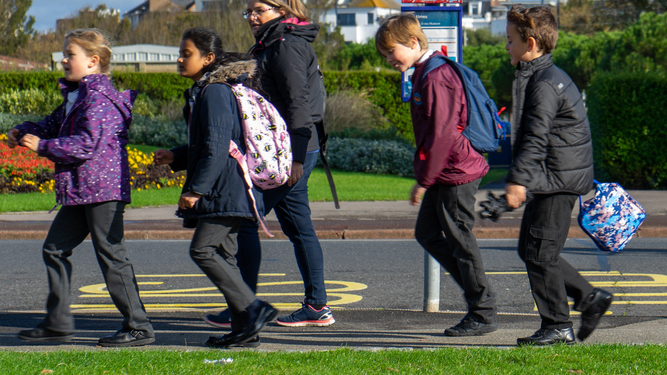 SEPTEMBER is almost upon us which means you finally get rid of your little angels for another term, but it comes at a price – literally. Take out a second mortgage for this lot.

It’s one of the mysteries of the universe why something so small costs so much money. A tiny pair of black leather uppers aren’t far off the price you would pay for adult sized shoes. This is especially annoying as your kid will grow out of them in six months.

On its own, a single tie certainly isn’t the most expensive item on the back to school list but it’s never a single tie. After you have replaced a lost tie every few weeks for the entire school year you will have probably spent enough to afford your own football club (or three pairs of school shoes).

Forking out for a term’s worth of crap your kids definitely won’t eat may seem like a stupid thing to do but it is better than the alternative – making them a packed lunch every single day.

No sooner have your children walked through the school gates than they are inundated with offers of after school clubs they just can’t miss, mostly because their best mates are doing them. And because you convince yourself this will be the one club they definitely won’t quit after two weeks you fork out for Fantastic Gymnastics or Science Soldiers anyway.