Life in the old days was simultaneously punishingly hard and much better than now, grandfather confirms

A 66-YEAR-OLD has confirmed that life when he was younger was uncomfortable and difficult at the same time as being wonderful in every way.

Norman Steele regularly tells his grandchildren that his childhood and youth were full of hardship and therefore far superior to the way people live now.

He explained: “There were no tellys or videogames or hamburgers back then. Instead we had corporal punishment, hand-washed our clothes and ate boiled cabbage for every meal.

“And that diet, and being regularly beated by sadistic teachers, and the back-breaking labour required to get a clean shirt, made me the man I am today who’s loads better than you because I grew up in a golden age.

“When I got married for the first five years we had nothing to sit on but an old tea-chest and in the winter of 1974 we had to burn that. And that marriage is still going strong today.

“University? I was working in my father’s joinery shop from the age of seven, and full-time at 14 because he only had one arm from the war. Men were men back then, and I’ve got the psychological scars to prove it, as well as a massive chip on my shoulder about how great it was.”

Hobbs’ granddaughter Francesca said: “We indulge grandpa and his nonsensical bollocks, but he’s got the biggest telly out of anyone I know.” 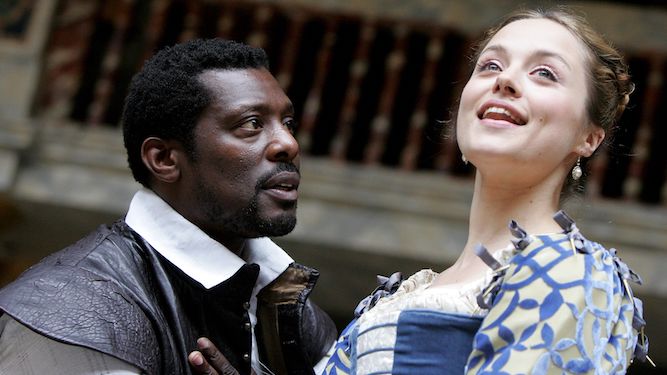 THINK you love The Bard? You won’t when you find out he’s been hiding woke ideology in his plays for centuries. Right-wing historian Denys Finch Hatton explains:

When seeing this play, you presumed that casting a non-white lead was just another idiocy of our tokenistic, PC-gone-mad culture. But no, Shakespeare actually wrote it for a black man. Insane to think a guy with no flushing toilets cared about buzzwords like ‘representation’.

Surprise, surprise, Shakespeare tried to pick up woke points by suggesting in Twelfth Night that a female character could dress up in a man’s clothing and the presumably pansexual Olivia would fall for her. So much for traditional values.

Hamlet is such a snowflake

Thought Hamlet was tough because he’s holding a skull? No way. Unable to get over his dad having been murdered, the whole play’s him feeling upset and needing his mental health needs met while everyone else tries to get on with ruling the kingdom. Man up, you spoilt Prince. You’re just like Harry.

Almost all of his plays are set in somewhere like Italy, Greece, Denmark or Scotland. Only the boring, historical ones take place in England, and even they besmirch the names of fine kings like Richard the Third. The Merchant of Skegness would have been better.

He encourages teenagers not to obey their parents

Sounds like someone had a spoilt millennial in their ear when they were writing Romeo & Juliet. At least the two of them learn their lesson in the end: parental approval of romantic partners is vital.

He claims a woman can love a donkey

The natural conclusion of all the cross-dressing and men falling in love with men happens in A Midsummer Night’s Dream, where Titania gets off with a donkey. Not on my watch, Shakey.