Cat gets disappointing reception at house where he used to live

A CAT visited the house where he used to live only to be met with hostility.

Cat Julian Cook just wanted to reminisce and perhaps get some low-key petting, but was left meowing in the garden for two hours before finally getting in through a window and being told to fuck off.

Cook said: “They’d locked my old cat flap, okay I get that, no one wants randoms in their kitchen at 4am. But when I meowed to say ‘hi’ they came to the window and stared at me like I was the clown from It.

“I was sat out on the patio feeling about as wanted as intestinal worms. Speaking of which they probably have some letters about my pet insurance, which they were too rude to hand over.

“Revenge isn’t my thing, but I’m seriously thinking about making moves on their fish pond.”

Cook added: “I don’t like what they’ve done with the kitchen at all. It’s trendy now but will look terribly dated in a few years.”

Cash machine expects pat on the back for not charging you 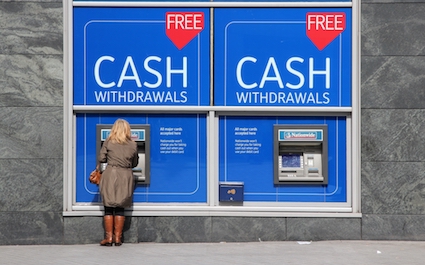 A CITY centre cash machine is expecting gratitude and thanks for not charging users £1.50 a time to take out their own money.

The Leeds ATM believes that bearing the legend ‘Free Cash Withdrawals’ puts it on much the same level as Florence Nightingale, or perhaps Nelson Mandala.

“I’m not like those mercenary, capitalist cash machines in the late-night shops that demand a cut of the deal. I guess I was just made with a bigger heart.”

Picture framer Thomas Logan said: “I’m allowed to get my own cash, totally free? Wow. There is still some decency in the world.

“I just wish I could leave a tip, as thanks. Just to give it a little something for itself for all the hard work it does allowing me access to my own frigging money.”