Cecil Rhodes statue comes to life and rampages through Oxford

A STATUE of Cecil Rhodes at Oxford University has come to life and gone on a racist rampage through the town.

The statue at Oriel College, angered by attempts to remove it, broke through the netting surrounding it late last night and has been roaming the town stamping out instances of political correctness.

Student Joanna Kramer said: “I saw it raise its head, seemingly angered by a protest about cultural micro-aggressions, and growl in a creaking, stone voice ‘I’ll show you bloody racism’.

“It broke through the pigeon netting and began tossing people left and right, shouting about the greatness of the Anglo-Saxon race and its destiny to rule.”

There was a brief respite around 2am when the statue visited a kebab van, before destroying more buildings, ripping up trees and removing left wing books from reading lists.

Oxford don Julian Cook said: “I urge Britain not to do anything that might anger statues of Queen Victoria or the Prince Consort Albert.

“There’s bloody thousands of them.” 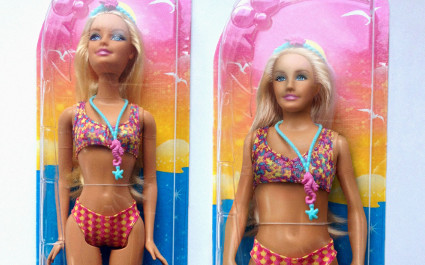 A NEW range of Barbies come in a variety of skin tones, body shapes and crippling self-esteem issues.

The manufacturers unveiled new dolls in tall, petite and curvy varieties, all of which come with a selfie stick so they can continually scrutinise their own perceived shortcomings.

A Mattel spokesman said: “Curvy Barbie wishes she was Tall Barbie, Tall Barbie is envious of Short Barbie, and Short Barbie spends all her time obsessing about her lack of curves.

“Each comes with a little laptop computer and an empty space where his penis would be.”

The Barbies also have a wide range of independent careers for which they are paid less than men for doing the same thing and where their ideas are stolen or ignored.