Cheaper to commute from Moon than live in London

COMMUTING from the Sea of Tranquility is now cheaper than renting a studio flat in Camden.

For the first time, Greater London rents have surpassed those on the surface of the Moon where a pod in the Ocean of Storms is just £1500 a month.

Lunar estate agent Julian Cook said: “The Moon is subject to the Earth’s gravitational pull which makes it very handy for Oxford Street.

“The Sea of Nectar will be the new Hackney in five years, so it’s the perfect time to get ahead of the curve.”

Moon resident Tom Logan said: “We found a great place near the Webb Crater and from there I can go direct to the middle of the Pacific Ocean in no time at all. Then it’s just a three week swim and transcontinental train ride to Charing Cross.

“There’s always the concern that you might burn up on re-entry but that’s still better than a rush hour tube filled with strangers’ farts.”

England fans to stay at Edgbaston and get shitfaced 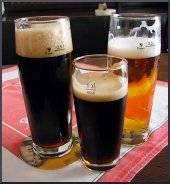 EDGBASTON will stay open until 7pm today so England cricket fans can get mortal.

With play expected to last until the Australians realise how worthless they are, the remaining seven hours will be filled with lager.

England fan Nikki Hollis said: “Hopefully the cricket will be wrapped up by noon so I can concentrate on getting hammered.

“I’m going to be drinking Australian lager because I want to be really patronising.”

England captain Alistair Cook said: “Edgbaston is a lovely old ground with really first-rate bogs so it promises to be a smashing day for everyone that they’ll hopefully be too shitfaced to remember.

“And we need to have some fun before Australia inevitably win the remaining two tests and remind us why we hate cricket so much.”

Under normal circumstances a percentage of the ticket price is refundable if limited overs are played but this will be put behind the bar instead, on the proviso that nobody acts the arsehole and starts ordering doubles.