Guardian family's kid gets discussion about anti-semitism for birthday

A COUPLE who read the Guardian have given their son a talk about anti-semitism for his birthday rather than a Playstation.

Tom and Annabelle Logan felt 11-year-old Oscar would prefer a better understanding of the important social issue to having exciting battles with dragons and aliens.

Lecturer Tom Logan said: “When Oscar opened his ‘big present’ and discovered it was a collection of learning resources about anti-semitism he was visibly moved.

“We got straight into the difference between anti-semitism and legitimate criticism of the state of Israel. He wouldn’t have learned that playing the latest Call of Duty game with amazing graphics.

“Now he’ll be able to discuss anti-semitism in a mature and non-offensive way, although at one point he did seem to think Jeremy Corbyn was Moses.”

Annabelle Logan added: “I know Oscar wanted a Playstation 4 and some games, but Grand Theft Auto V is a pretty feeble present compared to the gift of knowledge.

“He learned a lot about anti-semitism. Unfortunately he got really into the Six-Day War DVD and now he wants to join the Israeli air force when he grows up.”

Oscar Logan said: “It was a pretty rubbish birthday but not as bad as the one where I got a lecture about fourth-wave feminism.” 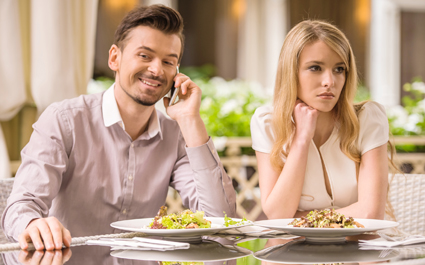 A WOMAN who has spent the last three years dating would rather just marry one of her relatives and be done with it, she has confirmed.

Joanna Kramer, 33, would like her mother to choose her a suitable husband like they did in Jane Austen books and wouldn’t mind if he was in some way related to her, though she would probably draw the line at her brother.

Kramer said: “For all that women in the olden days were downtrodden, at least they didn’t have to go through the rigmarole of finding a man who was both attractively masculine and sensitive to their needs.

“If I lived in the past, my mother would have set me up with a surly farm labourer from the next village, who may or may not be my cousin, and we would have made the best of it before dying of consumption at the age of 47.

“Which sounds like a genuinely attractive option right now. Even the early death bit, because all blokes morph into Top Gear presenters as they age.

“Maybe I should just marry my brother. We’ve already got the same name so I wouldn’t even have to get a new passport.”