HAVING the children taken away for a bit is more important than having a house, according to parents.

As the cost of childcare overtakes that of the average mortgage, parents said they would rather live in a cardboard box than spend any more time with their children than they absolutely have to.

Father Joseph Turner said: “I don’t know if you’ve ever heard of Ben 10: Omniverse, but I have upwards of 100 conversations about that every day. Or at least the same conversation 100 times.

“I’d sell a kidney to keep my son in nursery, I honestly would.”

Mother-of-two Joanna Kramer said: You love your children just like you love your parents, which is to say youre very fond of them when theyre not around and youre drunk but theyre intolerable in the flesh.

Food, shelter and clothing are minor concerns compared to the human need not to be wiping somebody elses arse for eight years.

Sometimes, when the kids have gone to bed, my husband and I open a bottle of wine and watch that Ken Loach film Cathy Come Home where her children are forcibly taken into care by Social Services. I do love a happy ending. 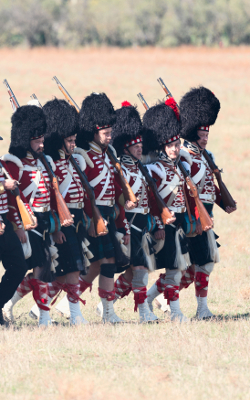 BRITAINS historical battle re-enactors have volunteered their services for the forthcoming Crimean war.

Men fascinated by military history and dressing up fancy are eager to recreate Britains victory in the 1853 conflict by taking on the Russian army.

Bank manager Roy Hobbs said: Were incredibly excited about fighting the Russians with nothing but our replica smoothbore muskets.

Our troops are fully mobilised for the Crimea, by which I mean our wives have ironed our Redcoat uniforms, made us packed lunches and informed the Ministry of Defence weve got Easyjet tickets on standby.

Well hire a minibus to take us from Sevastopol airport to the battlefield, then march slowly in a line towards the enemy positions full of tense Russian soldiers armed with AK-47s while shouting Death to the Tsar!

Once weve defeated them like we did in 1856 well probably all go to the pub. They say war is hell, but in my experience its also a really good day out.

However, some strategists questioned the military wisdom of pitting untrained and over excited history buffs up against professional soldiers in an advanced state of battle-readiness.

Hobbss wife Fiona said: They should at least take the fake cannon they made for the Battle of Naseby which blows a puff of smoke out of the end. That might scare the Russians a bit.

Still, it cant be any worse than when they did the Charge of the Light Brigade. That was a total disaster, thanks to all the rain.