Professor Brubaker said: “”Sugar does virtually nothing. I just had a cup of tea with four sugars in it and it’s not like I’ve done an E. Everything is normal.

Cameron to tackle homelessness with hyenas 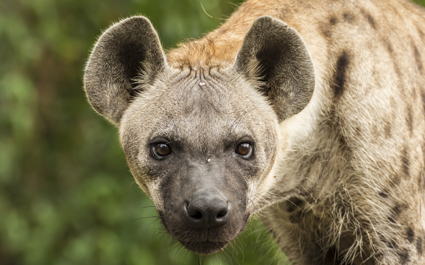 BRITAIN’S homeless people are to be eaten by imported carnivores, it has emerged.

Inspired by Ethiopia’s urban hyena problem, David Cameron plans to introduce 150 of the animals to consume those of no fixed abode.

Hyenas’ ability to eat their prey in its entirety, including bones and clothing, makes them ideally suited for urban cleansing.

The prime minister said: “We all know the best way to tackle homelessness is state sanctioned murder.

“I originally favoured the idea of turning tramps into a foodstuff called Soylent Green, but that was from a film so straight away you’ve got copyright issues.”

Tom Booker is a homeless person in Swindon, where six trial hyenas have been introduced: “Hyenas tend to use their energy in quite a linear way, so it should be possible to outwit them by running in a zig zag pattern.