THE nation’s mothers have told their children that mummy might need a little bit of help with walking straight when she comes to get them from school.

Carolyn Ryan adviser her two children: “It’s been a very hard six months for mummy, keeping you two entertained all day every day. So mummy deserves a little treat.

“Mummy, and Josh’s mummy and Elsa’s mummy and all the other mums are all going to the Golden Lion and having something called an ‘all-dayer’.

“Mummy is going to get more drunk than she’s been since she was 18. Mummy will be doing yards of ale and shots and being sick then staggering back to the bar for more. Because she needs to unwind.

“You do remember the way home from school, don’t you? Good. Because by 3pm, mummy won’t.”

Headteacher Francesca Johnson said: “We will be covering parental inebriation, or ‘Mummy’s being funny’ in our assemblies this week.

“It’s essential our pupils are prepared for their mothers to be steaming because now they’re at school they’ll no longer have the context of seeing her sneak a glass or three with lunch.” 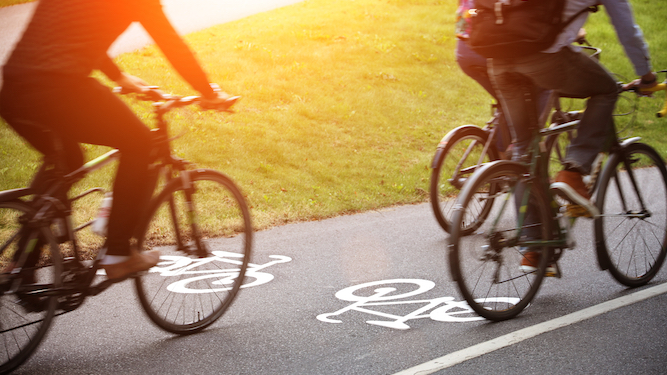 CYCLISTS riding in the bike lane are acting as if it is a special space they are entitled to, it has emerged.

Enraged motorist Wayne Hayes could not believe the brass neck of cyclists arrogantly hogging the bike lane and refusing to move over for his BMW.

He said: “You should’ve seen them, smugly pedalling along without a care in the world. Who do they think they are?

“I only swerved into their precious little bike lane to get round this halfwit in a Twingo and they start flailing their arms and screaming and shouting at me like I’m the bad guy. I felt really victimised.

“Just because it’s green and has a bike painted on it doesn’t mean it’s reserved for their exclusive use. It’s a courtesy, not a right.

“They act like I’m the one putting them in danger, when their carbon fiber bike frames could make a hell of a mess of my paintwork. Bloody selfish.”

Cyclist Nikki Hollis said: “The bike lane is ours and motorists should respect that. But they don’t so we take out our anger on pedestrians. If they place so much as a toe inside it we will knock them the f**k down.”