IF you want to see two grown men fight about something pathetic, go to a children’s Sunday league football match, experts have confirmed.

The Institute of Studies found that children’s football matches had surpassed pubs and clubs on a Saturday night as the place to experience a proper British barney.

Sunday league football dad, Martin Bishop said: “I just want my son to have the football career that I definitely deserved.

“So if some other kid puts in a bad tackle and risks that, then it goes without saying that I have to punch his dad in retaliation.

“Or his uncle. Or his older brother. Or his mum’s boyfriend who’s just trying his best to show the kid he cares by coming to watch him play football.”

The Institute’s Professor Henry Brubaker added: “This is probably symbolic of something or other. Work it out for yourselves.”

Dad finally does something right 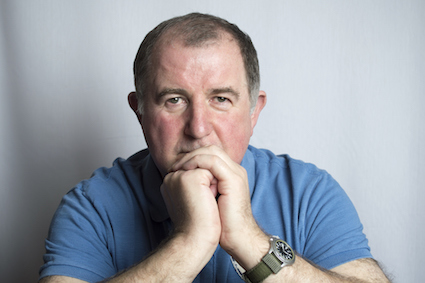 A FATHER has been praised by his family for doing something right for the first time in 27 years.

Martin Bishop, 58, has a long history of practical mishaps and a general lack of tact, which has led to enormous embarrassment for his wife Susan and children Emma and Tom.

Tom said: “Dad has fucked up pretty much everything he’s done for the entire span of my life, and beyond that as well, according to mum. He will break anything he touches and offend every single person he comes into contact with, even though he doesn’t mean to.

“But then, the other day, Emma was upset and dad sat down with her and talked about it, rather than making an inappropriate joke and going to the greenhouse for three hours.

“It was amazing. Mum even got a bottle of champagne from the garage and asked dad to pop it. Obviously he nearly broke Emma’s nose by firing the cork at her face, but we let that one go.”

Martin Bishop said: “My work here is done. After a couple more decades of total incompetence, I can die a happy man.”