A CHILD’S letter to Santa is full of insane shit and contains nothing within the right price range, his parents have revealed.

Six-year-old Henry Booker’s list includes a live cheetah, a Nintendo Switch and a jet ski, none of which his parents are prepared to buy.

Father, Tom Booker, said: “He has actually written ‘zip line – like in the park’. Is he an idiot?

“Santa himself, even if it wasn’t just me operating on a tight budget, would balk at this ill-considered mess. Why couldn’t he ask the magical man at the North Pole for something within the £30-£50 range that he’ll play with for more than 90 minutes? Help us out here.

“Even the stuff that’s actually viable is wildly optimistic. He’s shown no interest in videogames whatsoever, so the idea that I’d drop £300 on the latest console is frankly batshit.”

Booker added: “Surprisingly ‘poison gun’ isn’t on the Top 10 Toys of 2018. They’re not in commercial production, as yet.”

Brexit debate is absolutely none of your business, MPs tell voters 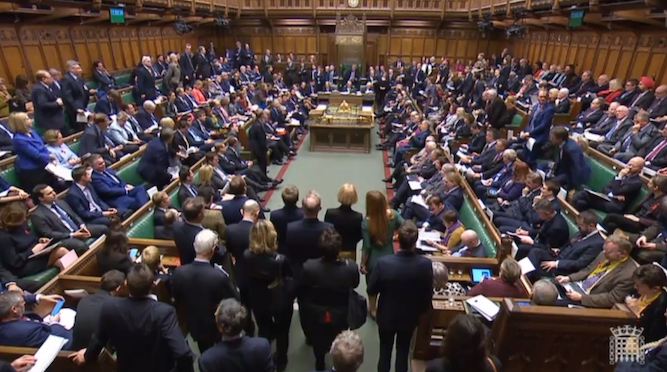 THE five-day Commons debate on Brexit is nothing to do with you, MPs have confirmed.

Members of parliament stressed the debate over Theresa May’s Brexit deal will focus entirely on arcane points of procedure, ideological foaming at the mouth and political tribalism as its most cynical and pathetic.

Tory MP Julian Cook said: “Everyone who is not directly involved should keep their noses out.

“Yes, we’re discussing your future, but what makes you think you’ve got any say in it? Honestly, you’re a baby with a toy steering wheel that thinks he’s driving the pushchair.”

Labour MP Nathan Muir added: “We’ll thrash this out, decide what’s best for us and use our media to persuade you it was your idea all along.

“Now put one of your little shows on the television. The grown-ups are busy.”