Churches to charge for choirboy photos

VISITORS to churches have been banned from photographing choristers unless they pay a sum based on the boy’s prettiness.

The move, adopted by the majority of churches across England, is designed to help pay for roof tiles, flowers and legal fees.

Reverend Julian Cook, a vicar from Stevenage, said: “Anyone wishing to photograph a chorister will be asked for a small sum of folding money, depending on how lovely he is.

“For example 10-year-old Kyle Stephenson, who has teeth like a row of tiny pearls and hair so shiny it emits a divine glow when the late afternoon sun hits it from the right angle, is 50 or 60 quid a shot depending on whether you want the mouth open or closed.

“Whereas Nathan Muir, who has shapely nostrils but one ragged ear, can be pinned to your fridge for a tenner.

“I can also do you a quote for a group shot.”

He added: “These are nice, clean boys, freshly anointed and a percentage of the money will go towards their bursaries.

“We also do a delightful calendar for those on a budget, as well as a ‘living cherubs’ mousemat.”

Theologist Nikki Hollis said: “Clergymen are notoriously bad at singing, while Saint Paul apparently said that women should be silent in churches, hence the need to ship in lots of pre-pubescent boys and dress them like cake decorations.

“It is strange though that most hymns sound like they were written in five minutes – almost like they’re just an excuse to get their little mouths to form an ‘o’ shape.” 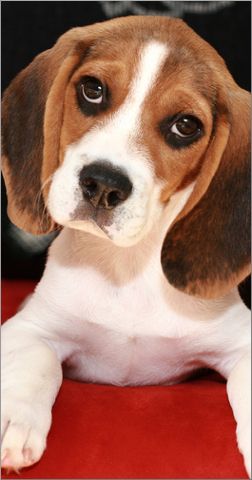 LIVERPOOL fans have appealed to have their own penalty goal overturned.

As their 1-1 draw against Arsenal helped Manchester United toward their 19th title, the club’s lachrymose supporters have asked whether they can play the game again without fielding any defenders.

Perspective-lacking Liverpool fundamentalist Wayne Hayes said: “How about we invoke the age-old law of goalie-wasn’t-ready? I’m also willing to sacrifice a couple of family pets.”

But he added: “I’d like to think that gifting Arsenal the three points would be enough, but this season has proven that Arsenal grasp opportunity about as well as Almunia grasps things that are spherical.”

Dirk Kuyt’s 342nd-minute penalty sparked a furious touchline row between the two managers over who was angrier about the decision.

Wenger claimed the trucks arriving for the double-glazing conference in the stadium the next day distracted Wojciech Szczesny during the penalty kick, prompting Dalglish to shout: “Piss off, you don’t have to live up the road from the miserable, ex-Rangers bastard that I’ve just given the title to.”

Dalglish should escape any FA sanction after studies showed it was impossible for laboratory beagles to listen to more than four seconds of Wenger’s whining, self-justifying horseshit without developing the rudimentary language skills to tell him to piss up a rope.

Hayes said: “This is really going to bugger up the official Liverpool DVD of the season, which generally shows United not being awarded throw-ins or losing the coin-toss.

“I’m starting to wonder if crowing over their minor setbacks can still distract us from the fact they’re much better than us and have been for a very, very long time.”