THIS year’s top 10 names for cocaine have been announced by leading drugs trade figures.

The annual Cocaine Euphemisms Chart is created by the UK’s leading dealers, celebrities and addicts to reflect the fast-moving world of drug nicknames.

Cartel boss Nikki Hollis said: “One of the most enjoyable things about selling cocaine is the fun new terms for the drug which are constantly being created.

“One minute it’s ‘gak’ or ‘beak’, the next it’s ‘Devil’s Dandruff’. With so many people in the creative industries using cocaine, the names never stay on-trend for long, so every year we have to compile new ones.

“The chart is a combination of existing names and new ones we’ve made up while on cocaine.”

The committee behind the chart has also been recruited by tabloid newspaper editors to devise euphemisms describing the condition of celebrities pictured leaving nightclubs while clearly on cocaine.

Nikki Hollis said: “They’re decided that ‘exhausted’, ‘partied-out’ and ‘clearly had a great night’ no longer cut it.

“We’re suggesting ‘drunk in the nose’ or ‘toilet cubicle-tired’.”

Tradesmen's earnings 'only untaxed until they get to the pub' 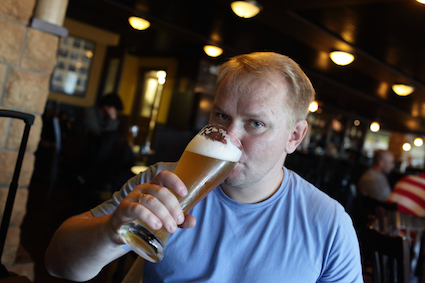 BUILDERS’ cash-in-hand earnings only remain outside the tax system until they arrive at a place that sells beer, it has been claimed.

Plasterer Tom Logan said: “Whatever cash I might earn is going back into the system within half an hour, even less if we pass a boozer on the way home.

“I understand the tax on a pint of beer is something like 38%. Also crisps, pub pool tables and Status Quo songs on the jukebox are tax magnets, I’d imagine.”

Beer raises over £21 billion in taxes annually, most of it from men in overalls who are ‘winding down’ after a hard day’s tea-drinking.

Builder Stephen Malley said: “It’s not like we’re spending this money on cocktails in St Lucia like some non-domicile corporate fat cats.

“I’d like to think our beer duty is going back into the NHS, and will one day help to replace my swollen liver.”

He added: “I even urinate in customers’ sinks when they are out, just to save on the water usage associated with flushing toilets.”