Cold drinks in mugs not enjoyable

A MUG is not an appropriate vessel for cold drinks like squash or water, it has been confirmed.

Drinks expert Nikki Hollis said: “I’ve tried having Ribena in a mug, and I really didn’t enjoy it.

“Maybe ceramics taint cold liquids. Or the brain just keeps asking ‘why is this tea at such a low temperature’?

“I had some Tango out of a cup once, that was weird too.”

Office worker Stephen Malley said: “I had some fizzy water in my Transformers mug. It was weird, you could see the mug interior through the translucent liquid.

The Mash guide to the cabinet reshuffle 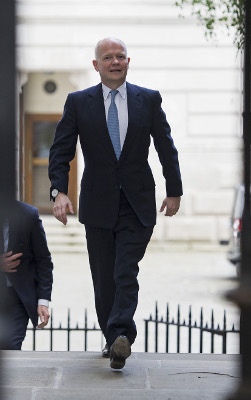 ITS the reshuffle everyones talking about, if you ignore the overwhelming majority of conversations.

Here is our guide to whos gone where:

The announcement that Jeremy Hunt is moving to Health has been cancelled after it turns out he’s already there.

Michael Gove is to have both hands amputated and replaced by whips.

New female ministers have been told theyll never be Thatcher, but just do their best.

Environment secretary Owen Paterson was down to be sacked until whips realised they hadnt seen him since a January visit to the Somerset Levels. Backbenchers have formed a search committee.

A politician who has spent years claiming to be an expert on education has deftly switched to knowing everything about farms.

The new minister without portfolio has been instructed to just buy one from Rymans.