Columnist running out of feminist perspectives

GUARDIAN columnist and blogger Nikki Hollis is running out of things on which to have a feminist perspective.

Hollis is increasingly having to shoehorn feminism into subjects like rail travel, dog ownership and crisps.

The 31-year-old writer said: I realised things were getting desperate when I wrote a piece criticising fishing for being a male-dominated hobby.

The problem is, all the good feminist subjects like burqas and pornography have been done to death. Quite frankly, men need to pull their fingers out and find some new ways of oppressing women so that I can write about it.

Otherwise Im going to have to keep turning out articles about Theresa May being a role model until I get fired and have to go back to writing about lonely widows who marry Death Row inmates for Take A Break magazine.

Hollis recent articles have included criticism of outdated gender roles in the historical drama Downton Abbey and a piece that appeared to bemoan the lack of female flashers.

Guardian reader Julian Cook said: I hadnt realised there were so many feminist issues, so now I discuss every Guardian article about feminism at enormous length with my girlfriend.

Unfortunately this tends to make her cry, but shes probably just sad for all the women. 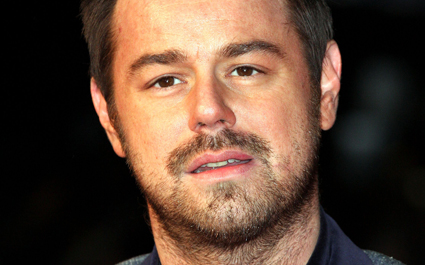 THE BBC has won public support for its move to stop poor quality gangster films by casting Danny Dyer in EastEnders.

The production of over a dozen straight-to-DVD feature films including Hard As Nails, Lapdance Boss II and Propah has since been halted.

A BBC spokesman said: “By giving Dyer work four nights’ work a week, we cut the risk of him appearing elsewhere to almost zero.

“Anyone renting a film from Blockbuster will now enjoy a much shorter wheat-from-chaff sorting process.”

The BBC confirmed that it had received funding from the same government trust which financed the moves to Hollywood of Vinny Jones and Martine McCutcheon.