A MAN who indiscriminately clicks the recommend button on internet comments has been honoured for helping to keep the internet going.

In recognition of his work giving validation to idiots, Malley will be presented with a plaque and a cheque for £200 by the head of the internet, Tim Berners-Lee, at the internets headquarters in Ipswich.

Malley said: To be honest I feel like a bit of a fraud, because I dont even read most of the comments properly, much less apply critical thinking to them.

If I did Id probably get sick of the endless misogyny, totally unfathomable nonsense, unoriginal attempts at humour, UKIP supporters hijacking every fucking thread, and people reposting their own posts as though they werent banal toss the first time round.

Malley will receive his award at a ceremony attended by leading figures from the world of internet debate, including Samantha Brick, Rod Liddle and the women from Vagenda.

Guardian online commenter Mary Fisher said: If it wasnt for people like Stephen, Id have to engage shopkeepers and cafe staff in conversations about vegan cooking and my cats, and I dont think anyone wants that.

I have to go now and check how many recommends I got for pointing out that the situation in Ukraine is quite worrying. 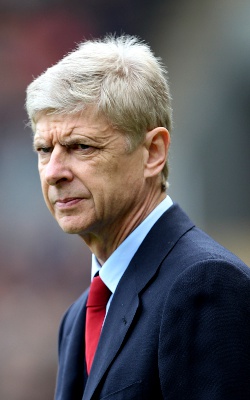 ARSENALS manager has told the club that his World Cup 2014 Brasil sticker collection takes priority over the FA Cup and Champions League.

Football obsessive Wenger has been buying up to 12 packs of stickers a day but is still searching for key players, and was booked last weekend for approaching the visitor’s dugout to see if Alan Pardew had any swaps.

Striker Lukas Podolski said: Mondays hour-long lecture on the overwhelming importance of getting it in the box turned out not to be about us adopting a long-ball game but correct sticker application.

And most sessions now are spent making human Panini albums by lying down in formation on the pitch while the manager photographs us from a crane.

According to other clubs Wenger has offered to swap midfielder Aaron Ramsey, who doesnt even get in the album because hes Welsh, for South Koreas team photo and an Iran shiny.

The manager has also put more than 195,000 stickers of USA winger DaMarcus Beasley on the transfer list.

Arsenal CEO Ivan Gazidis said: When I authorised £85 million to buy Diego Costas and Toni Kroos, I thought we were talking about actual players.

And where has our Japanese midfielder Ryo Miyaichi gone, and why can I hear his voice crying out for help from between the pages of that album?