A SCHOOL’S self-appointed cool teacher is insisting he has no ill feeling whatsoever towards a slightly cooler new teacher.

Tom Booker, who teaches Year Seven science, maintains that he is actually happy that Stephen Malley has joined the staff. Malley is five years younger than Booker and drives a better car.

While leaning on his desk with one hand, Booker said: “It’s great to have another young bloke like me teaching here. It’s even better that he’s into the same stuff as me.

“For example, I let the kids call me ‘Mr B’, and I heard some of his class calling him ‘Steve’. Shortening names is kind of my thing, but I’m definitely just glad to have another fella around to shake things up.

“Also, I went to do my ‘Friday high fives’ and one of the boys went for a fist-bump. I asked him where he got that from, and some of the other kids said ‘Steve’ has started ‘fist-bump Fridays’ with his class. I’m just like ‘whatever, dude!’.

“I’ll take Steve out for a pint on Friday and find out absolutely everything about him that I haven’t already got from Google.” 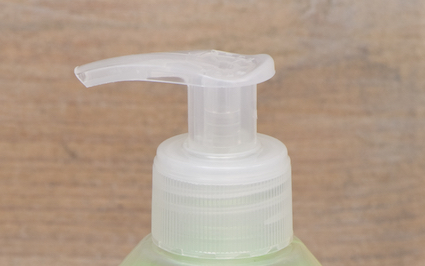 A MAN spent pretty much his entire fucking evening trying to open a new bottle of hand wash.

Tom Logan, from Swindon, said that when he bought the tub of tea tree oil scented hand wash he thought it would simply be a case of turning it round once to make it pop open.

Logan added: “Was it fuck.

“This thing is Fort Knox, if Fort Knox was a £1 tub of hand wash. Which it may as fucking well be.”

Logan added that he first attempted to open the hand wash when he got in from work at 5.15pm but decided to quit an hour later when he realised The Simpsons was on Channel 4.

He added; “I thought I’d give it half an hour and then try again. Still couldn’t figure the motherfucker out, despite turning it round and round and round, so I gave up when I realised the 10 o’clock news was on.

“After that I cleared my mind, took a deep breath and then still couldn’t figure out how to get the fucking mechanism inside the squirty thing at the front to dispense the fucking hand wash.

“I’ve Googled it now so when I get home from work tonight I know I just have to keep turning the thing until it pops open.