A COUNTRY which has not the faintest idea where it is going is this week focusing on trousers and handbags owned by politicians.

The country, Britain, has decided not to work out a proper plan for the future because that would be too distracting when there are expensive handbags and trousers to be discussed and turned into an ‘important issue’.

A UN spokesman said: “Britain really is a fucked up mess and we all want it to just piss off. It’s the embarrassing drunk at a party. It’s the world’s dodgy cousin.

“Then again, Donald Trump is probably really impressed by all this shit about trousers and handbags.

“That’s how to get your trade deal with America – be pathetic and stupid all the time.”

Sausages 'kick the shit' out of burgers 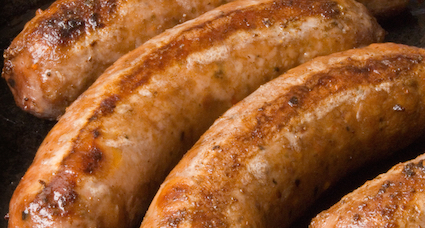 SAUSAGES are far better than burgers, experts have confirmed.

Researchers at the Institute for Studies found that although drab men who think they are discerning continue to bang on about burgers, they are shit compared to sausages.

Professor Henry Brubaker said: “Unlike burgers, which are all fundamentally the same, sausages come in a pleasing variety of flavours and do not have to be eaten stuffed into a massive bread roll.

“Modern fancy burgers are for self-conscious corporate drones who talk about ‘dirty food’ like they’re slumming it by not having some fancy tasting menu.

“Nobody puts sausages on a pedestal, but sausages don’t care because they have integrity. However if sausages were more ‘American’ everyone would be wanking off about them.”