Couple pride themselves on quality of their rows

A COUPLE believe that their rows are better than other people’s arguments.

Anna and Stephen Malley of Ipswich, who average three blazing confrontations a week, look down on their friends’ mundane domestic bust-ups, preferring to tear strips off each other in a clever way.

Anna said: “When we see other couples arguing about loading the dishwasher we just roll our eyes at the sheer unsophistication of it all.

“Last week alone we had rows about the Fermi Paradox, the later films of Terrence Malick and whether Stephen’s irregular breathing is innate or deliberate. The Malick one almost split us up.

“Tidying up? Looking at other women? We moved on from those by our third date.”

Stephen Malley said: “Use your imagination, don’t just go back to the same familiar argumentative positions.

“You can use the words ‘fuck’ or ‘twat’ but don’t raise your voice or throw objects too early if you want the row to last.

“And never, ever have make-up sex. It wastes energy that is much better channelled into loathing.”

Man who did Spanish GCSE will handle tapas order 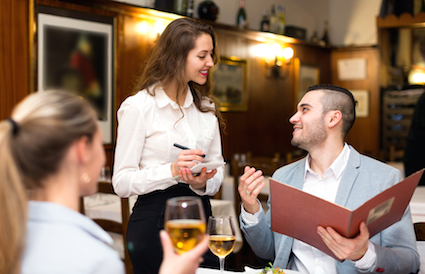 A MAN who got a B in GSCE Spanish has taken charge of ordering for his date in La Tasca.

Tom Logan, a 28-year old marketing manager, summoned his server by calling out ‘Exculpa me, senorita’, loudly enough for several other tables to hear and admire his command of the language.

As the waitress approached, Logan turned to his partner, 27-year old Nikki Hollis, and said that he would order for both of them, because he spoke Spanish.

Logan then read off a number of dishes from the menu, making a point of asking about ‘los especiales del dia’, and nodding sagely before ordering ‘dos cervezas’ instead.

He said: “I didn’t want Nikki to feel embarrassed about not being a Spanish speaker, so I stepped up and ordered ‘calamares’, which is like calamari, and ‘patatas bravas’, which means, ‘good potatoes’.

“I also ordered something called ‘bocadillos’, which was different to what I expected, but I explained that Spanish cuisine has a lot of regional variations. I don’t know what Nikki would have done without me here to translate.”

Hollis said: “Everything on the menu has an English description underneath.”