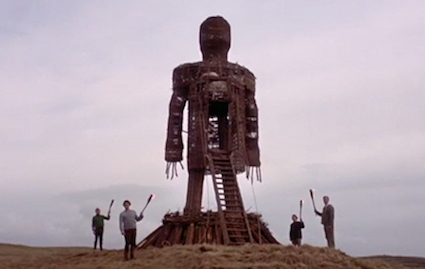 A GIANT statue of Captain Tom made entirely of wicker has been erected in a remote, creepy village, it has emerged.

As tributes to the fundraising ex-army officer escalate, the pagan inhabitants of Summerisle made a huge wicker effigy of Tom Moore that is large enough to fit a man in its chest.

Police officer Wayne Hayes said: “I discovered the wicker Captain Tom while investigating the disappearance of a young girl in the area. I’ve seen some impressive tributes to him over the last few weeks, but this one takes the biscuit.

“Standing 40 feet tall he looms over the village, his eyes the size of millstones staring down at the townspeople in judgement. Sacrificial livestock is housed in his massive Zimmer frame and at night naked virgins dance around his enormous, charitable feet.

“During the clap for the NHS, villagers poured out of their houses wearing papier-mache Captain Tom masks, then they caged me inside the effigy, and set fire to it.”

As the flames started to take hold, a smiling Hayes added: “It’s the least we could do to show our appreciation for Captain Tom. Roll on the knighthood!”

How to be a big tough man about wearing a mask 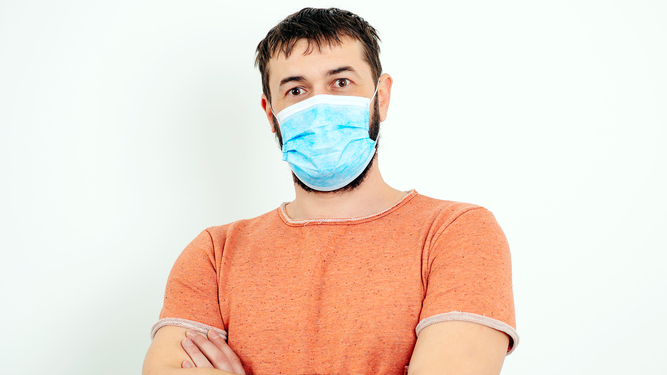 MEN are apparently less likely to wear a face mask because it’s seen as a sign of weakness. Here’s how to wear one in a super-butch masculine way.

Cloth masks are for pussies. Real men wear masks that look as if they would allow them to search for survivors in the barren wasteland after a nuclear strike, rather than pop to Morrisons for a bag of frozen peas.

Pretend you’re really pissed off about it

In 1983, when people thought wearing seatbelts made them look like big sissies, they could blame the law. Sadly that doesn’t apply to masks, but you can frown and roll your eyes so everyone knows you’re only wearing one under the duress of your partner who – wimpily – doesn’t want her elderly parents to die.

Wear a mask made of camouflage material

If your mask has khaki patterns that suggest you’ve just finished a military exercise, people will think you’re tough. Or they may think you’re a virgin who lives with their mum and has a lot of SAS books and sad fantasies. See also: black masks you think make you look like a ninja.

Tell anyone who will listen you’re doing it for others

If being angry doesn’t suit, try acting like a big, magnanimous hero instead. You’re taking one for the team and saving a few lives on the way. You’re basically Superman, but without several unnecessarily gloomy films about you.

Don’t bow to the pressure of snowflakes. Chuck that mask in the bin and go round Tesco breathing hard and touching all the surfaces. Because there’s nothing the ladies like more than a guy with a severe respiratory disease who is also a wanker.