CRIME has come back into fashion in Britain, with criminals regarded as stylish and desirable role models by young people.

A police spokesman said: “The 13 per cent rise in crime has nothing to do with underfunding or a chronic lack of police resources. Crime is just so damn hot right now.

“From burglary to drug trafficking to simple GBH, crimes are being perpetrated by sexy, chic people with an aloof swagger and who can’t be tamed by the establishment.

“We send dumpy, cross-eyed officers into schools to tell them not to be swayed by these glamorous outlaws and that crime doesn’t pay, but it does. Of course it does.

“Nonetheless, we urge the British public to report anyone they suspect of being a dashing rogue, a mysterious femme fatale or a smouldering bad boy from the wrong side of the tracks, even though they won’t.”

Tom Logan of Buxton said: “As far back as I can remember, I always wanted to be a gangster.

“Unfortunately I’m an accountant. I do tell everyone that I’m in deep with a series of frauds, but none of them believe me.”

It’s not our fault they don’t take black kids at Eton, says Oxford 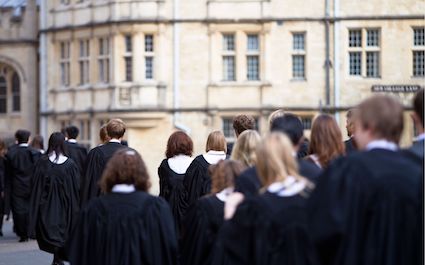 OXFORD University has defended its admissions policy by saying it is powerless to take black students when they have not been educated at Eton.

Following revelations that one in three Oxford colleges failed to admit a black student in 2015, the university hit out at Eton, Harrow, and Cheltenham Ladies’ College for their ‘inexcusable’ lack of diversity.

A spokesman for the university said: “We would love to see more black students in our quads, and promise by their third year the porters would only aggressively tackle them occasionally.

“But when Eton sends us a pitiful handful of black students, and when so few of even the high-achieving ones come from Buckinghamshire and have two parents who are surgeons, our hands are tied.

“You’ll see a black candidate with a superb academic record but then when it comes to punting, rowing or braying they simply cannot meet the required standard.

“At least the few working-class students we admit each year have a chance of working in comedy, but there’s no hope there for black students when the BBC remains so hideously white.

“It’s such a shame. They could make us look so much better in group photos.”