CRIME is awful and criminals are ghastly, the government said last night.

An eight-month review of the criminal justice system in England and Wales concluded that many people do not like being the victims of crime.

Of the 13,000 people interviewed, 13,000 said crime was not very nice at all and they wanted nothing whatsoever to do with it.

Louise Casey, the government's criminal justice adviser, said: "The message from the public is clear: Crime is just ghastly and horrid."

She added: "We think crime is ghastly too. It is therefore vital that we sit down with members of the public and agree with them."

Casey has also proposed that criminals be forced to carry out community service while wearing big, 1970s spectacles or a hat that does not suit them at all.

She added: "There is no point in us trying to stop crime. No, it's far too late for that. The country is, to all intents and purposes, completely out of control.

"But we can give people a cuddle and advise them to go away for a few days. The Lake District is lovely or maybe even Venice or Florence. But do watch out for the bag-snatchers, they'll rip your arm off."

Striptease Ad Should Have Been Shown After Work, Say Angry Viewers 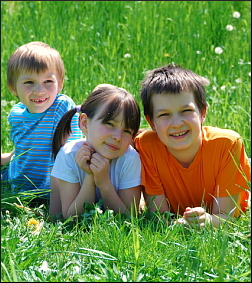 THOUSANDS of viewers have contacted the advertising standards watchdog demanding a controversial striptease ad be shown the minute they get home from work.

The Advertising Standards Agency said the commercial, which depicts a woman performing a striptease while dressed in a school uniform, was shown at 'inappropriate' times during the day, when no-one would have been around to appreciate it.

Tom Logan, a trainee solicitor from London, contacted the ASA stressing he had not yet seen the advert, but that it sounded both 'sexually provocative' and 'excellent'.

He added: "This advert has been shown during the day, when young children could have been watching and I was at work.

"For the love of God would you please think of the children and show this advert between 7 and 8pm so that I have time to get home and dig out a fresh tube sock."

Wayne Hayes, a financial adviser from Reading, said: "Apparently this advert is for chocolate or fabric softener, or possibly car insurance. The point is, no-one knows and no-one cares."

He added: "It's art and it should not be tainted with the foul stench of commerce.

"This young lady should be free to express herself, preferably at around 7pm, before I've had my tea."