Crop circles, and other things aliens don't do

INTELLIGENT life may exist elsewhere in the universe. It may even have visited Earth. But it definitely did not do any of this bullshit:

Aliens have discovered our planet. But instead of making their presence known, they abduct a couple of rural types to fiddle around with their arses. Why? What could motivate a space-travelling civilisation to give a beef farmer from Tisbury a prostrate exam? Are they simply perverts?

Again, we’re dealing with a level of technology far beyond our comprehension. Whether wormholes or warping space, they’ve come thousands of light years. And they shit about in a field making pretty patterns then piss off? Unless this spacefaring race is ruled by intergalactic crocheters, unlikely.

Extraterrestrials are conducting experiments on Earth’s inhabitants. What kind of thing? Just randomly mauling some livestock in exactly the same way that, say, a wolf might. It’s genius in a way; these reported incidents look so much like an animal attack that rational people would never suspect they were done by Andromeda.

More impressive than the above, admittedly, but making contact with the Egyptians to give them a hand with some pointy buildings? Anyone who buys this basically believes aliens are little more than intergalactic white van men. And they probably f**ked off with the job half-finished, which is why they’re crap.

A sort of face on Mars if you squint

Those who claim aliens have visited our solar system point to the famous photo of Mars’s Cydonia region which shows a big rocky face. Great. If the only contact these aliens made was to create a GCSE art project that wouldn’t get a passing grade, it’s for the best they don’t make further contact. 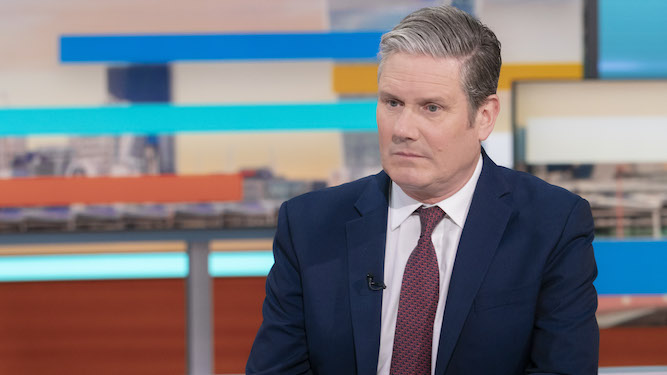 A CONTRITE, tearful Keir Starmer has confessed that his first Beergate beer tasted so good he opened a second without thought for the consequences.

The Labour leader, who is expected to resign after letting down his party, the country and his immediate family, admitted that he did not just stop after a single beer on April 30th last year.

He said: “I’d been working all day, though not as tirelessly as the Downing Street employees whose powerful need to relax broke a child’s swing, and felt I deserved a drink.

“After all beer does go so wonderfully with a curry, which is exactly the kind of out-of-touch Islington elitist dinner-and-booze combination that shows how distant from decent British people I am.

“But that beer – some of which I drank standing – slipped down so deliciously that I could not resist opening a second, in contravention of unwritten but clearly understood Covid regulations like ‘it’s not a party if the cake stays in the Tupperware’.

“As I guzzled it I knew I was betraying Britain and killing thousands. What can I say? The deaths of all those grandparents felt so good on my lips that I didn’t give a f**k.

“Then I returned to work, blind pissed on two drinks like a total lightweight, and that drunkenness was directly responsible for our terrible showing at last week’s council elections where the Tories only lost a triumphant 400 seats.