A NEW crowdfunding website has been launched to help people who want free money for drugs.

People who desire illegal stimulants but who lack the means to pay for them can launch a funding appeal on somedrugsprettyplease.com, offering donors vague promises to do things in return.

Bar worker Stephen Malley said: “We are always told that drugs are society’s problem, so I think it’s only right that society pay for mine.

“Of a weekend I work late, so I need a little MDMA to get me through the strenuous eight-hour shift.

“Then if I want to go out after work, which I obviously do, I need coke to help me to fit in with the other people in the bar or club.

“Anyone donating £50 will get a £5 note that I have snorted cocaine through. For £100, they will get a confused phone call from me at 5am asking if they think I am good person or not.

“For £200 they will get a 2 hour personal face to face rant about how the New World Order is controlling the weather by putting stuff in plane fuel.

“That said, even if people only want to give me a couple of quid they can.

“I can put all them pounds together and buy myself a bottle of vodka on Sunday afternoon, which will help take the edge off the rancid feeling of abstract loneliness that I’m sure to be feeling at that point.”

Spammer’s heart just not in it anymore 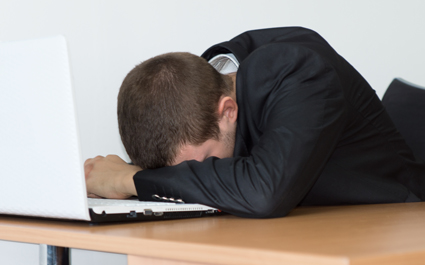 AN idealistic young spammer has become increasingly disillusioned with his profession.

25-year-old Tom Logan feels that bombarding random strangers with instantly ignored emails about dubious goods and services no longer gives him the job satisfaction it used to.

Logan said: “I used to get a real buzz from knowing I’d helped some insecure guy order a penis enlarger, or given a hard-up single mum the chance to win a genuine De’Longhi coffee machine.

“But recently I’ve started to get the feeling people don’t want to receive spam, even when I hack their email accounts to help them share the good news with all their friends.

“Spamming used to be exciting. Would anyone hand over actual money on the basis of a badly spelt email? Is anyone really arsed about test-driving the new Jeep Cherokee? How can you be owed compensation when you haven’t had an accident?

“But nowadays advanced spam filters just bin it in a microsecond. All that spam, lost in time, like tears in the rain.”

Logan said his disillusionment had increased after he revealed his career at a recent dinner party, causing fellow guests to attempt to stab him.

He added: “I’ll probably chuck it in and do something more worthwhile, like selling solar panels using an autodialler.”