'Culture war' looking like it was just wankers now

THE ‘culture war’ which has raged across the UK for the last couple of years is now looking like it was just wankers on both sides, the nation has realised.

Sociologist Dr Helen Archer said: “There’s something sobering about seeing cities bombarded by missiles. It makes you realise that the entire ‘culture war’ was bullshit propagated by total wankers.

“Obviously it was started by the Tories who thought by kicking up a fuss about lefties calling Rupert the Bear a paedophile or whatever they could distract from how shit they are at governing. So they’re twats.

“But it was enthusiastically taken up by pious Twitter f**knuts only too ready to claim that everything from Comic Relief to Harry Potter to an Asda Keralan prawn curry is deeply racist in order to lord it over everyone like arseholes.

“Meanwhile the rest of Britain tried to get on with life while a constant back-and-forth of bollocks raged, wishing these pricks would shut up. And now they have. Because they’re rightly ashamed. 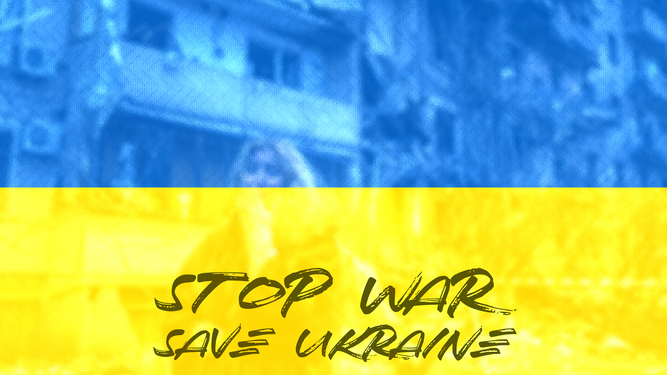 ALL armed conflicts are horrific but this one is a bit worse because it has the added misery of memes, historians have confirmed.

Rather than attempting to understand the complex historical and geopolitical causes of the situation, internet twats are instead responding with hastily thrown together graphics that barely make sense and are of f**k all help.

“The most annoying thing they had in World War 2 was the ‘Keep Calm and Carry On’ poster, which was almost never displayed publicly. It was bellends from the digital age who insisted on endlessly inflicting that on us.

“Now it’s either people proving how clever they are, or taking five seconds to bung a widely-shared image on Facebook after giving it as much thought as what sort of crisps to have with their sandwich at lunch.

“So if you find yourself trying to tortuously fit some poorly-thought-out point about Ukraine, Russia and Nato into the jealous girlfriend meme, stop and think. Are you helping to resist Putin’s dreadful invasion? Or are you just a bit of prick?