A FATHER-OF-THREE  suddenly developed a blokey relationship with a sales assistant while buying a new TV, it has emerged.

The bonding between Martin Bishop, 48, and shop assistant Tom Logan, 25, took place when Bishop attempted to gain the approval of the younger male.

Bishop’s wife Sarah said: “If Tom said something like ‘It’s worth paying a bit more for a top brand like Sony’, Martin would enthusiastically agree as though it was some particularly wise saying by Jesus or Gandhi.

“When Tom asked if he wanted the TV to watch the football, Martin pretended he was into it by saying things like ‘Mourinho, eh?’ and letting Tom fill in the details. It was a total sham because he prefers cookery programmes.

“The worst thing was when Martin said ‘Of course, the final decision’s up to the missus!’ because he doesn’t normally do that blokey crap which makes you sound like Sid James.”

Bishop said: “Tom’s a great bloke. I can imagine going to the pub with him and having a laugh about stuff like women’s foibles and inferior television brands.

“He’s like a younger version of myself, if I’d been more masculine with an easygoing laddish charm and a comprehensive knowledge of 4K smart TVs.” 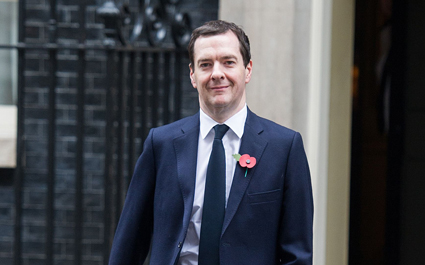 GEORGE Osborne has been hailed as the greatest smirker in history.

After revealing swingeing government cuts, the chancellor strolled nonchalantly to a Remembrance Sunday ceremony with a look that smirking experts have hailed as a new benchmark.

Facial expression analyst Nikki Hollis said: “The curl of the pursed lips, the slightly narrowed eyes, the scampering demeanour – this is a new pinnacle for smirking.

“He looks like a weasel that’s just stumbled on a big nest of duck eggs. Osborne is the most naturally gifted smirker of his generation.”

Mother-of-two Mary Fisher said: “Whenever I see a picture of Osborne doing that look I quickly read the accompanying text to find out who’s getting fucked over this time.

“I hate the bastard but credit where it’s due, that is a flawless smirk.

“It inspired me to spend the last half hour doing smirks in the mirror and I couldn’t nail it. It’s the eyes, you can’t fake those cold, bead-like little eyes.”