49-YEAR-OLD Wayne Hayes has imagined a situation where Daisy Lowe agrees to go out with him.

Hayes, who is married with two children, has spent several hours imagining how he could meet the model in his local Homebase on a Saturday afternoon.

He said: “Daisy would be looking at paints, comparing the store’s own brand to more expensive ‘name’ alternatives by Dulux.

“She’s looking a bit puzzled by it all, but when she turns around I am leaning confidently on a shelf behind her. Not in a creepy way, but in a cool way.”

In Hayes’s mind, he then explains how the cheaper emulsion may be a false economy due to its inferior quality, which means that Daisy Lowe would need to apply more of it to get the same result.

Hayes continued: “She would smile coquettishly and say, ‘you seem like a man who knows his paint, I bet you also know how to play a woman’s body as if it were a musical instrument’.

“Then she suggests we adjourn to a mid-priced local bistro, where she laughs at my jokes while munching garlic bread in a carefree manner, feeling much more relaxed than she does with her celebrity friends.

“That’s when I check my phone to see three missed calls from my wife wondering where I’ve got to with those self-tapping screws, and I am jerked back to reality with a feeling of sweaty remorse.”

He added: “It could happen.” 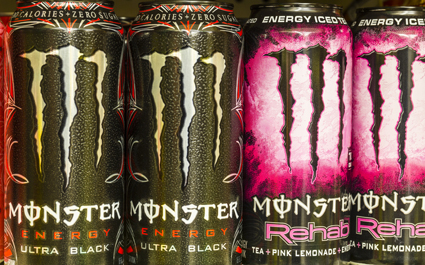 DOCTORS will no longer see patients who arrive with a cigarette in one hand and an energy drink in the other.

After it emerged that lifestyle-related illness costs the NHS £11bn per year, doctors said the public could at least put down their can of Monster for long enough to have their pulse checked.

Doctor Tom Logan said: “I’d say around 60 per cent of my patients rock up to my surgery with a lit cigarette and a Monster, then demand to know why they aren’t feeling tip-top.

“At least put them in the bin outside. This will still be a charade but at least it’s slightly less depressing.”

However Roy Hobbs said: “I’ve actually got a doctor’s note I bought off the internet saying I need to have Monster and fags at all times, otherwise it affects my mental health.

“Monster and fags are the nearest things I have to a religion.”