LABOUR’s new leader has been hailed as an exciting step forward for the party.

Although an unknown commodity, newly elected young firebrand Jeremy Corbyn has been hailed as a bold choice who will unite the divided party behind his bold and charismatic political vision.

Labour member Roy Hobbs said: “The last guy, whose name I can’t even remember, was a bit of a disaster.

“Then this Jeremy Corbyn came out of nowhere, like Christ emerging from the desert, and just wowed us with his captivating oratory.

“Now I feel like anything is possible. It’s a new dawn.”

43-year-old Mary Fisher said: “Jeremy is the man we’ve been waiting for all these years and I cannot wait to see what happens next.”

Delightful scamp Prince George threatening to have everyone beheaded 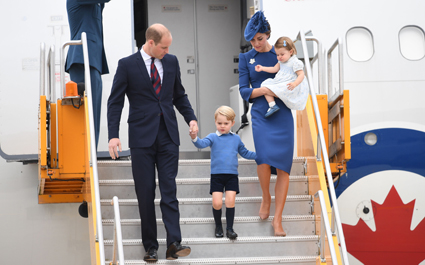 ADORABLE scallywag Prince George has been melting hearts in Canada by threatening to execute everyone.

The cheeky-but-delightful tyke raised a few smiles on his family’s tour of the country when he reminded Canada’s prime minister that his life was essentially worthless.

Refusing to high-five Justin Trudeau, the funny little prince said: “Touch me and my men will have your head.

“They’ll put it on a spike outside granny’s house and jackdaws will peck at it. Meanwhile your lifeless torso will be tossed into a quarry.”

The loveable little chap added: “We can trace our bloodline back to the fourth century. I doubt your lineage goes back for more than a fortnight, or else you wouldn’t be living in what is essentially a prison colony, and can at best be described as ‘the semi-thinking person’s Australia’.”

The royal mischief-maker’s hilarious joke raise titters from beguiled onlookers. Naughty George responded: “You could all die tomorrow and you would be forgotten by Friday.”

However the young prince’s proud father William took him aside and gently reminded the personality-packed infant that although it was okay to think those things, he should not say them out loud.