THE Daily Mail will never get over the novelty of privately educated people making bad decisions, it has been confirmed.

Mail Online journalist Mary Fisher said: “Although I am utterly cynical in all other respects, the idea of someone with a paid-for education becoming a drug dealer still fills me with an almost childlike awe.

“What were they thinking? They had, one assumes, the best possible start in live. Loving parents with corporate jobs, family holidays to Tuscany, a pony.

“It’s an affront to the laws of the universe.”

“This is the kind of behaviour one might reasonably expect from a comprehensive pupil who has never eaten their dinner in an oak-panelled hall.

“But these children had blazers with insignia on them. It blows your mind.”

Opinions restricted to those who have seen new Adam Curtis film 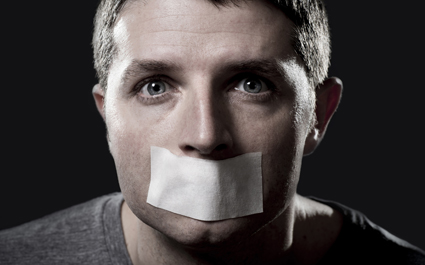 PEOPLE who have yet to watch Adam Curtis’s Bitter Lake have been banned from expressing views on anything.

The new ruling forbids those who have not seen the critically acclaimed, wilfully obscure documentary from offering their opinions on the grounds that they do not know the truth.

When asked what the film was actually about Muir replied that it was sort of something to do with war and drugs and corporations and why we’re all brainwashed by adverts.

He added: “I’m not wasting my time explaining it to you.”

31-year-old Tom Booker, who has yet to see the documentary, said: “I didn’t really like my opinions anyways, they always seemed to fall a bit flat at barbecues.

“Now I can sit and binge-watch Sons of Anarchy on Netflix and just blame it on being a puppet of the mass media.”