A LONDON cafe has been accused of having chicken kievs with chips on its specials board since Sunday.

All Day Cafe, rated the 1,046th best restaurant in Lambeth by TripAdvisor, has been accused of exploiting the ‘daily special’ system by giving exalted status to an unpopular thing that is taking up freezer space.

Beautician Nikki Hollis said: I ordered the chicken kievs because I assumed the dish’s very existence was as brief and transitory as a falling star.

If Id known it would still be available today, Id have had an egg mayonnaise bap. Chicken kievs actually give me indigestion but I wanted to be a part of something unique.”

43-year-old Martin Bishop said: I thought that those ‘special’ chicken kievs were created by the chef in a flash of inspiration. Turns out that chalk board is nothing but a tawdry marketing tool.”

All Day Cafe owner Stephen Malley said: These baseless accusations of menu replication were probably made up by the wankers who give out so-called Food Hygiene Ratings. Yesterdays special was chicken pie with chips, and anyone who says otherwise is a liar.

“I make my special dishes fresh and only when the muse strikes, which coincidentally occurs on a daily basis.” 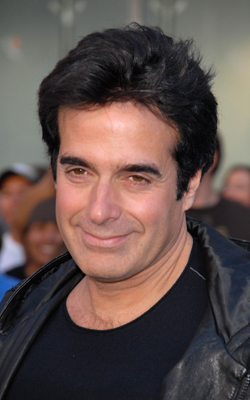 NON-CATHOLICS have called for an investigation after they were once again passed over for sainthood.

As Pope Francis announced the canonisation of two former colleagues, evidence is coming to light of a pro-Catholic bias in the selection process.

Saintologist Nikki Hollis said: I’ve personally seen David Copperfield rise from the dead after being sawn in half, but once again he’s been ignored for sainthood just because he’s Jewish.

“And what about Derren Brown? He can make anyone do anything.”

The miracles performed by Pope John Paul II and John XXIII have been criticised as insignificant compared to Brown’s body of work.

John Paul’s sainthood application form mentions a Sicilian woman whose wart dropped off after rubbing herself with his photo, while John XXIII’s miraculous powers are listed as ‘excellent taste in wine’ and ‘being really good at finding a parking space’.

Robert Mugabe was present at the sainthood awards ceremony, where he pressed Pope Francis on whether making 100,000 of his own citizens disappear placed him in consideration for next year’s canonisations.

Hollis said: The real test will be whether they make Mother Teresa a saint after it is revealed that for the last twenty years of her life she was a practising Jedi.