A DAYDREAMING office worker has been caught mouthing ‘They’ll see, oh yes they’ll all see’ to herself.

Colleagues noticed that Nikki Hollis had been staring into space for around ten minutes, and managed to lip-read her muttered pronouncements that one day her greatness would be recognised.

Co-worker Tom Booker said: “It was pretty clear that she was rehearsing scenarios where she showed the entire world, including I’m guessing most of us here in the office, that they were wrong to underestimate her and will come to regret it.

“Pretty standard stuff and I’m certainly not about to judge her. What office worker doesn’t get through the day with fantasies of their own superiority and future revenge?”

Hollis continued her daydream for a futher five minutes before smiling in a knowing way, shaking her head and laughing cruelly to herself.

Name one of our songs, Coldplay challenge audience 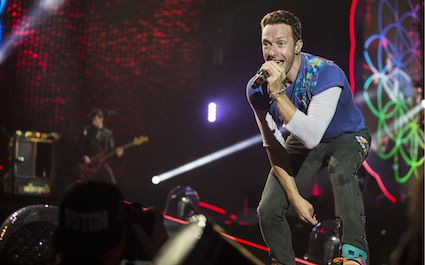 PLATINUM-SELLING band Coldplay challenged 40,000 fans attending a concert to name just one of their hit songs.

Furious lead singer Chris Martin demanded the audience name either a song, the title of any of their seven albums or a member of the band except himself, to be met only with an embarrassed silence.

He continued: “Seriously? You’ve paid a hundred quid each to be here. You must know one.

“What about the one we just did? You were all singing along to it, for fuck’s sake. Just tell me what it was called and we’ll carry on with the gig.

“I cannot believe this. You know, Jonny here went on the merch stall last night, for a laugh, and nobody recognised him. Jonny Buckland. The lead guitarist. Here, on my right.

“Literally not one person here knows anything about us apart from that we’re called Coldplay. Right. Okay, this next one’s called That One You Like When You Hear It In Taxis.”

Coldplay fan Eleanor Shaw said: “Well that was awkward. Still, it could have been worse. I almost shouted When The Streets Have No Name.”