IT could be at least three days before motorists can return to pondering suicide on the M1, officials have warned.

Transport minister Mike Penning stressed that extensive safety checks to a fire damaged bridge had to be completed before he could allow road users to sit in a 30 mile tailback, fantasising about their own death.

He said: “I know how important it is for people to sit bumper to bumper hoping a stricken jumbo jet will come screeching out of the blue and send them hurtling into the void of total oblivion where there aren’t thousands of fucking cones that seem to have just been left there by mistake and no lorry driving bastards trying to overtake each other like the bunch of evil fucking Nazi shits they unquestionably are.”

Tom Logan, a commuter from Hatfield, said: “It’s going to feel weird this morning not weeping uncontrollably or jabbing my thigh with a biro to distract myself from thoughts of getting out of the car and stripping naked before leaping onto people’s bonnets and pressing my genitals against their windscreens until I’m finally taken down by a police marksman.”

The motorway has been blissfully closed since Saturday after a blaze at a scrapyard directly underneath it, prompting experts to ask why in the name of Christ a gigantic fire hazard is conducting its hot, petrol-soaked business just inches the below the country’s main artery.

Civil engineer, Bill McKay, said: “Did no-one at any point say, ‘that thing that smells very strongly of oil is a tad close to the M1 isn’t it?’.

“At no point did an off-duty fireman who was just passing by think, ‘d’you know what, I’m wondering if something I’m trained to recognise as a significant fire hazard should really be bumping up against the busiest road in the country like that?’.

“And when it gets what I assume is some kind of periodic safety certificate from the local council did no-one think to ask what happens to a steel-reinforced concrete bridge when you go at it with a massive blow torch made of old Vauxhall Corsas?”

He added: “This is Third World stuff. What the fuck is wrong with us?” 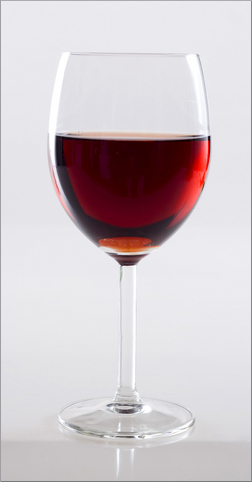 EVERYTHING about Jacob’s Creek is perfect, a survey has confirmed.

Researchers at the Institute for Studies found 97% of middle class Britons believe the reasonably-priced wine to be the all-time masterpiece of vinification.

Professor Henry Brubaker said: “When you present it to hosts, they will never fail to comment positively.

“It’s like somehow they’re ignoring that you only got it because it was the cheapest one in the shop that wasn’t embarrassingly cheap.

“Certainly it is the only product on sale in your local Spar that carries such social cachet. No one would make such a fuss if you turned up with a Double Decker.

“But it is also delicious. Just check out that bouquet – grapey and with a hint of wine.”

He added: “Fuck the French. They eat amphibians and are bad at war.”

Party guest, Stephen Malley, said: “I’m fairly convinced most people haven’t yet cottoned on to Jacob’s Creek because they’re not quite as zeitgeisty as my friends and I.

“I consider myself something of a connoisseur. You may, for example, be interested to know that Jacob’s Creek is made in a vineyard.”