SCIENTISTS have proven once and for all that happiness can be bought with sufficient money.

The Institute for Studies began research into the oft-repeated claim that there is no relationship between wealth and contentment after discovering it had no scientific basis.

Professor Henry Brubaker said: “The initial results, which showed that the financially blessed are, in fact, up to a billion times happier than the dirt-poor, was so at odds with what we’d expected to find that we expanded the study.

“After lengthy analysis, during which several of our researchers lived the lives of the mega-wealthy and the rest were paid their usual £9,400 a year, we found that happiness increases in direct correlation with how much cash you have.

“The graph showing the relationship between the two is a single, straight, rising diagonal line.”

Brubaker and his team have also disproved the assertion that money is unable to buy you love, are close to proving that it is, in fact, everything and hope to show conclusively that you can take it with you.

He added: “We’ll prove anything you like. As long as you have enough money.”

World would be better place if we all watched snooker 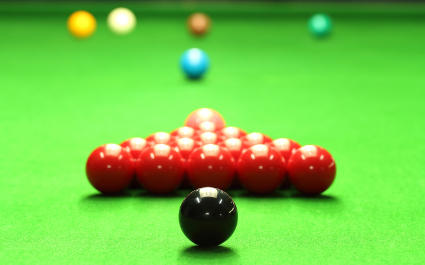 LIFE on earth would be less violent if everyone just sat down and watched the snooker, it has emerged.

Snooker, which was briefly popular in the 80s when there was nothing else on, is now thought to hold the key to the world living in peaceful harmony.

Geopolitics expert Dr Julian Cook said: “I was reading a report about Boko Haram when a thought glided uninvited into my consciousness: ‘Fuck this. I’m watching the snooker.’

“And as Rocket Ronnie painstakingly eked out a win over Ricky Walden to reach the quarter-finals of the Masters, those calm, clicking red balls imparted to me a secret of the cosmos.

“Why do we run ourselves ragged in the rat race in the name of the false paradise of consumerism? Snooker, not watching, as previous.

“Much as we trusted them, Chas & Dave’s Snooker Loopy couldn’t have been more wrong. Snooker makes mankind sane.”