HORDES of commuters desperate to escape London before the rail strike are clinging to the last GWR Class 800 to leave King’s Cross, it has been confirmed.

The nine-carriage service departing from platform two was reserved for rail workers and RMT bosses, taking them to safety before the iron gates of the strike slammed down, but became overrun by feral office workers terrified of being stranded.

Requisitions head Martin Bishop, clutching onto carriage seven, said: “In less than 12 hours the only way out is the Megabus. I can’t survive that. I’m 55.

“The city will be in gridlock. There won’t be a plant-based chipotle burger available within two days. Only the strong and the Deliveroo bikers will survive.

“So I’m clinging to the side of the 1.35pm for the two hours until we reach Peterborough. If I jump just right I can get over the fence, bounce off the neighbours’ trampoline and land neatly on my own patio.”

Donna Sheridan, on the train’s roof, said: “I had to stamp on the hand of a woman with a baby to get this spot. She was swept away by the despairing crowds. No regrets.

“Couples have been torn asunder, families ripped apart, and because this line’s in the south it’s electrified so 1.5 kilovolts could rip through me at any second.

“Better than being trapped in London. I’ve got a coffee and I’m going to get my laptop out and get some work done.”

How to get your boss to agree to whatever you want 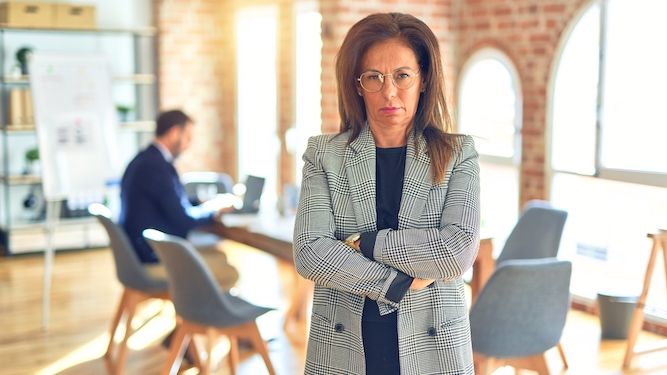 IS your boss being a dick about giving you a payrise while moving you to a three-day week? Get around their spurious objections:

Say ‘We need to get ahead of challenges in retention right now, given the cost-of-living crisis’ and they’ll decide your 10 per cent pay rise is the proactive, strategic thing to do. Unless they veer off into insanity like ‘Good thinking. We’ll have a fun team quiz every Friday at 6pm.’

Put it in Powerpoint

A line chart is way more credible than basic beginner stuff like words, especially because your boss never learned how to read graphs properly, has been bluffing since 2008 and will agree to anything to make it go away.

Give them three choices and make it the middle one

Bosses are busy. They like easy solutions. Giving them three options remind their childlike management brains of fairy stories, and they will immediately latch on to the middle option because it’s the most reasonable. It is also the least like making an actual decision, which is the greatest fear of all managers in case it comes back to bite them.

Run it past their boss first

Your boss is essentially a useless, overpaid link in a chain. Short circuit the whole process by presenting it, very briefly, to their superior. He won’t make a decision but you can now go to your boss and act like your company BMW is a fait accompli. Will you be resented? Absolutely. Is cutting them out the most efficient way? Absolutely.

Multiply by an insane factor

After a 10k pay rise? Ask confidently for 100k. Act as though anything less is an insult and absolutely beneath you. Put on a show of being cajoled into accepting their logic and persuaded by their flawless reasoning as they give you a tenth of what you want. Wear a pained, beaten-down expression while they fall for your psychological trick.