AN online discussion thread does not contain a single person who knows what they are talking about.

The Institute for Studies found that every comment below a Telegraph article about the upcoming general election was written by people with zero reasoning skills who know nothing about Britain.

Professor Henry Brubaker said: “This is quite rare. There’s usually one normal person who pops in, realises their mistake and gets the hell out.”

According to Brubaker one of the common themes in the thread was a concept known as ‘compulsory gay’.

He said: “The only way to stop this is to, ‘vote for Nigel from the Top Gear’.

“A lot people seem to think ‘Oxbridge’ is an actual university and is ‘full of muslims who decide the election’. One person underlined this point by saying ‘demography now!’.

Brubaker also revealed there has been a 30 percent, year on year, increase in commenters who make absolutely no sense whatsoever.

He added: “If anyone can tell us what this means, that would be useful – ‘eliphant was not aloud to speak his name of! Pathific!’.”

Kim and Kanye demand everyone at Glastonbury smells nice 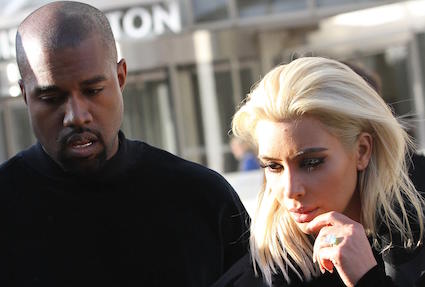 KANYE West will perform at Glastonbury as long as the audience does not offend his wife’s sense of smell.

The rapper, married to the television thing Kim Kardashian, will headline the festival on condition that everyone has had a shower that afternoon and the toilets are installed at least 15 miles from the main stage.

West said: “We don’t spend a huge amount of time on farms.

“Kim doesn’t like the smell of farmers, farm machinery or anything that’s not inside a building.”

West added: “I’ve always wanted to play Glastonbury, but I hear these stories about open sewers and British people running around naked, eating bean-based food and then smearing themselves with their own filth.

“If Kim encounters that she will try to hide from it by climbing inside her own buttocks.”