Do YOU agree with our sweeping generalisation? asks DAILY MAIL

BRITAIN’S bravest newspaper today asked YOU, if YOU agree with its latest generalisation about poor people.

The DAILY MAIL, under fire this week for quite reasonably attempting to tar every benefit claimant with the same brush, asked if YOU thought that was obviously the right thing to do.

YOU, from Stevenage, said: “Absolutely. Thank you DAILY MAIL for making me aware of all the arsonists.”

And YOU, from Hatfield, added: “Of course I agree with you DAILY MAIL. In fact, I’m now wondering why this sort of arson doesn’t happen every single day.” 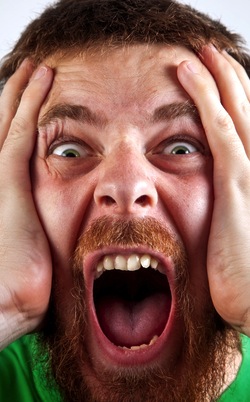 BRAIN scans that can read your dreams need to be stopped immediately, it has been agreed.

Japanese scientists unveiled the technique before being told to put it back in its box, set fire to the box, mix the ashes with some leftover mince and then feed it to a terminally ill dog.

Professor Henry Brubaker, of the Institute or Studies, said: “You are intrigued. Do not be.

“The last thing humanity needs at the moment is a glimpse of each other’s subconscious.

“Every single one of us will declare ourselves to be an independent country with an incredibly strict immigration policy.”

He added: “If we see each other’s dreams we will never be able to look at each other again. We will all be Medusas, our gaze turning each other into blocks of horribly embarrassed stone.”

Tom Logan, a dreamer from Stevenage said: “Last night? Four giant, 30-foot tall spaniels having deafeningly loud sex with this guy I worked with at the Royal Mail sorting office during university holidays.

“And then they start tumbling through a series of rooms from different houses I have lived in.