DOCTORS treating former unionist leader Ian Paisley have assured him his new pacemaker is not in league with the Bishop of Rome.

Paisley was admitted to hospital last Friday and had the pacemaker fitted after surgeons presented him with a series of notarised documents confirming the device was Dutch Presbyterian.

Consultant cardiologist Julian Cook said: “Mr Paisley grabbed me by the lapels, stared deep into my eyes and said that if all I had in stock were filthy, left-footed pacemakers, breeding like rabbits then I may as well just kill him now.

“Luckily we haven’t had any Catholic pacemakers since we implanted half a dozen of them into Cherie Blair’s skull.”

The former DUP leader’s son, Ian Paisley Jnr, said: “He would have preferred a Scottish protestant pacemaker as Holland is next door to Belgium and Belgium is dangerously Papist.

“But if there has been any Catholicism within 20ft of it he’ll instinctively know and then he’ll just rip it straight out of his chest and throw it down the bog.”

He added: “My father has always worried that Beelzebub’s Roman wizards would attempt to infiltrate his body whether it was with low fat Pope yoghurt, a endoscope with a little statue of the Virgin Mary on the end if it or a hip operation performed by some dirty Fenian bastard.”

Paisley said his father was back at his desk on Monday using his favourite crayons to draw a picture of John Paul II hanging upside down from a lamppost. 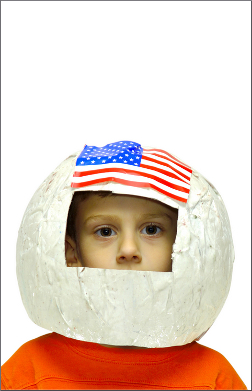 A SUCCESSFUL simulated Mars mission saw encounters with aliens and also zombies, according to the children who organised it.

In a scientifically-accurate pretend space journey in Tom Logan’s dad’s garage, Stephen Malley and Wayne Hayes negotiated a massive meteor storm to land their craft, the HMS Space Blaster, on the surface of the red planet.

Captain Wayne Hayes, who is 10 next month, said: “The meteors almost got through the shields but I put the warp drive on and then it was fine.

“On the ship we ate mostly space foods like Skittles and Kia-Ora. You have to be really careful what you eat as you can’t have a poo in space because there is no gravity and it will go back up your bum and make your head explode.”

He added: “Also if you do a guff in your spacesuit you die.”

Captain Stephen Malley, who was deemed joint captain after a lengthy argument at the beginning of the mission, said: “We landed in a crater a million miles wide, then we put our spacesuits on with the help of our robots, R2D2 and C3PO from Star Wars.

“We got attacked by martians with spears. I killed about ten thousand of them with my lasers but there were too many of them. They looked like big frogs but with horns and metal bits.

“Then some zombies killed the martians and we went home.”

Tom Logan , the Boss of NASA, said: “We learned a lot from this mission – including the need for much bigger lasers and lots of special space nappies for when Stephen Malley gets all excited and then pees his pants like a gayboy.”