Dog going to sniff so many arses when this is over

A ROTTWEILER has confirmed that he is going to go out there and sniff so much bottom once this whole crisis is over.

Six-year-old Tom Booker admits that he had taken his olfactory freedom for granted until now and when the time comes will really appreciate getting his nose right in there again.

Booker, up on his hind legs panting at the front window, continued: “I can’t wait. I’m going to block out my calendar and go nuts.

“That first day at the park is going to be three hours of non-stop chuff-huffing. There’ll be Dalmatians, Alsatians and those ones with fur that looks like string – and they’re all getting it.

“The rich variety of canine life will open itself up to my hungry nose once again. Yes old friends, like the two Staffies and that Pomeranian whose bumhole I’d catch the scent of every Thursday outside the Spar.

“But also so many new arses. Arses I can only dream of locked in here. All the arses I regret never sniffing when I had the chance, and a galaxy of new ones.”

He added: “Why my owner isn’t more into this I’ll never know. Her loss.”

Five people you'll regret including in your social bubble 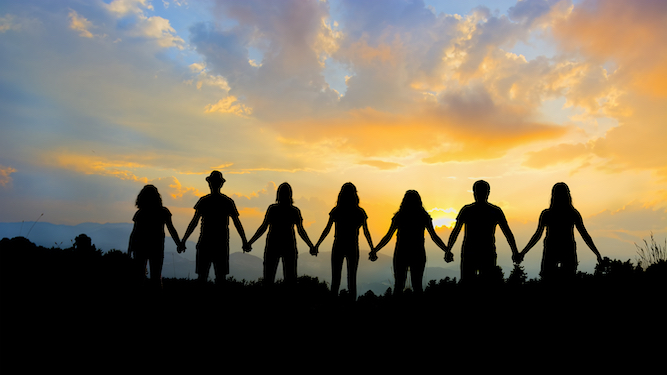 A RELAXATION of social distancing will give everyone a social bubble of a maximum ten people they are allowed to see. Which will you regret?

They’ve been easy to miss when they’re only on the phone, but six weeks of separation hasn’t begun to clear the issues that have been festering between you since your birth. They’ll come roaring back along with poisonous, strings-attached offers of sandwiches, laundry and blessed childcare.

Playing with kids is awful, so it’s tempting to add a young playmate and their parents to your bubble. But once they’re in there’s no way out so think seriously about the consequences of socialising with people you cannot simply tell to go f**k themselves.

The person you were ready to bone before lockdown

The world has moved on and you’ve both had so many virtual flings since that you’ll have sex it once and immediately move on. However now they’re in your bubble they can’t leave so they meet your parents anyway.

The colleague who gives good Zoom

You’ve had great remote banter with that co-worker so why not invite them round and commit to their company for the next few months? Until you realise why everyone else keeps them at arm’s length and you’re forced to fake a case of the ‘rona just to end contact.

The neighbour with a pub in his garage

Why not? It’s the only pub you’re going to, after all. Then after three pints of warm, pissy lager while realising it’s more garage than pub, he gets his collection of swords out and begins talking you through his journey to white nationalism.