Dog really pissed off with O2

LABRADOR Tom Booker wants to bite everyone at O2 after his mobile phone stopped working yesterday.

Booker said: “Like most dogs, I have a laissez-faire attitude, but when my phone network goes down I quickly switch into ‘bite everything’ mode.

“I needed to make an emergency grooming parlour booking due to having rolled in some cow shit, but because of having no signal I had to spend the whole day enveloped in an embarrassing stench.

“Being told to ‘turn it off and on again’ isn’t good enough when you’ve got paws, which makes the smaller buttons hard to manipulate.

“My stress levels are off the chart. Godammit it, somebody throw me a chewy bar.”

Things that live in the sea found off British coast 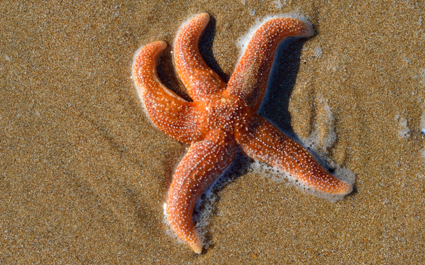 BRITAIN’S coastal waters are being invaded by sea-dwelling creatures.

Sightings of jellyfish, dolphins and other forms of marine life may be evidence that UK waters are a destination for species adapted to travel through water.

Office worker Tom Logan said: “I was paddling in the sea when I realised it was full of little fish, fucking loads of them just swimming around.

“There was a small armoured thing too, with little claw-like hands that you might call ‘grabbers’, and something shaped like a star. I got out as fast as I could.

“I thought the sea was supposed to be a safe, empty place.”

Project manager Norman Steele found a jelly-like thing in a rock pool: “Thinking it was delicious lemon jelly from someone’s picnic I picked it up and had a bite, at which point my head swelled up very considerably and my airways became blocked.

“I just don’t understand how it got here. Maybe it escaped from a millionaire’s petting zoo?”

Britons have also reported seeing ‘water labradors’, thought to be seals, and ‘sea goblins’, which could be any sort of fish.